On Monday 5 December, a great helicopter visitor in the form of Columbia Helicopters (USA) Boeing-Vertol Chinook 234LR helicopter N238CH was spotted sitting on the ground at Emerald Airport. 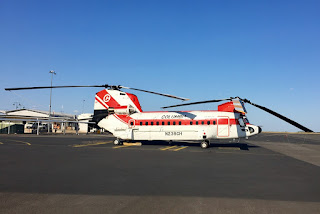 Its exact movements are not known, however it looked to depart the Melbourne docks for Melbourne (Essendon) Airport and then Albury, Wagga Wagga and Dubbo on Sunday 4 December. 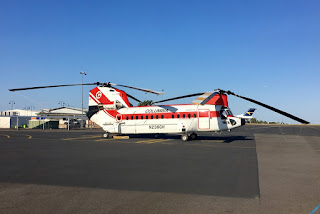 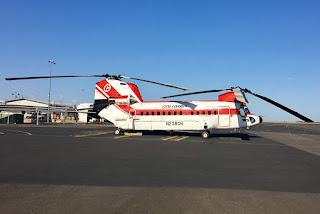 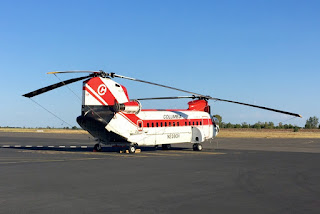 It appears that the big civil Chinook was spending the night at Emerald Airport before (presumably) continuing further North on Tuesday 6 December.

I assume that its ultimate destination will in Papua New Guinea (PNG) where Columbia Helicopters operate on oil and gas exploration contracts.  Indeed N238CH has previously flown in PNG wearing the local registration of P2-CHY.