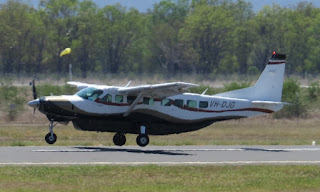 This was the second visit to the beef capital for the Cessna Caravan this week which is a frequent visitor to the CQ region.  It was spotted departing Rockhampton Airport on Tuesday 6 December for Archerfield after earlier arriving from Townsville and Natal Downs - a cattle station located approximately 110kms south of Charters Towers. 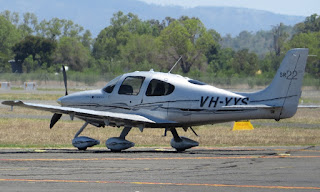 It was noted either landing or completing airwork at the Sunshine Coast, Hervey Bay, Gladstone, Emu Park, Rockhampton and Gayndah while on a flight from and back to Archerfield.

All photos taken by Kayanne Hardsman  ©
Posted by Damian F at 8:10 PM