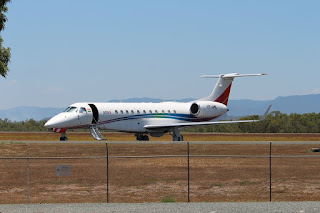 It touched down from Townsville. 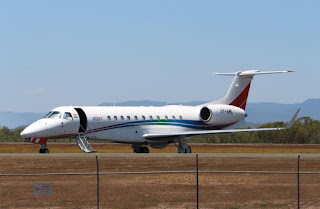 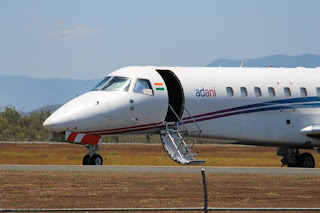 The Embraer Legacy is operated for Adani Mining Group and is believed to have brought Group Chairman Gutam Adani to North Queensland on Tuesday 6 December as Townsville was announced as the regional headquarters for the $22 billion Carmichael mine in the Galilee Basin.  The project will also involve construction of a near-400km rail line from the Carmichael mine site to the Adani-owned and operated bulk coal-loading facility at Abbott Point near Bowen, hence the visit to Proserpine.


Furthermore, Townsville and Rockhampton have been shortlisted as main the Fly-in Fly-out (FIFO) hub for the operation, while other projects are set to be sourced from Townsville, Charters Towers, Rockhampton, Emerald, Clermont and Moranbah with Mining services to be based in Mackay.

Sincere thanks to James for sending through these great photos from Prosie!