On Thursday 22 February, recently delivered Alliance Airlines Fokker F-100 VH-FGB made its first visit to Central Queensland and was spotted arriving into Rockhampton Airport operating on behalf of Virgin Australia as UTY1245/8 from and back to Brisbane. 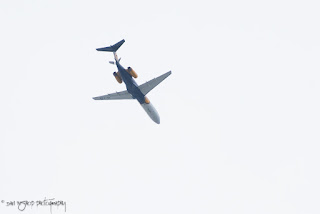 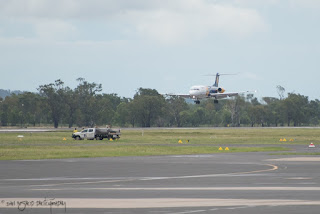 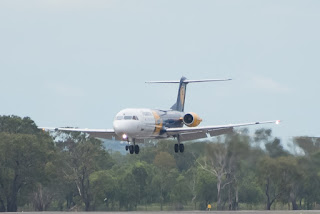 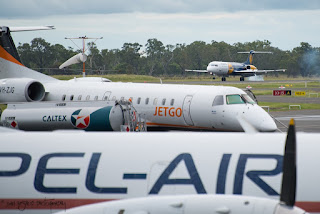 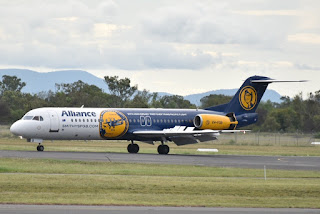 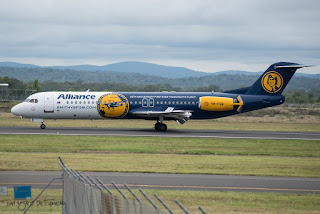 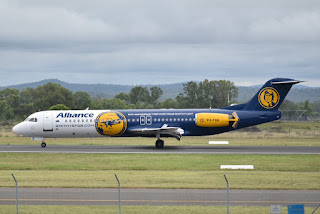 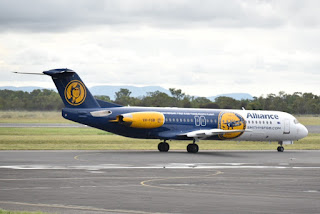 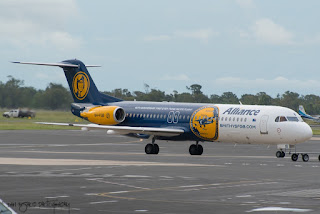 The Fokker is adorned in a very attractive livery celebrating the 90th anniversary of the first trans-Pacific crossing completed in 1928 by four aviators including Sir Charles Kingsford-Smith in his Fokker F.VIIb/3m Trimotor named "Southern Cross". 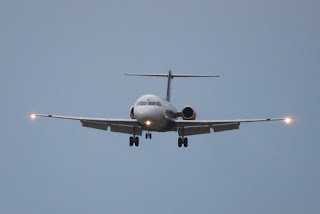 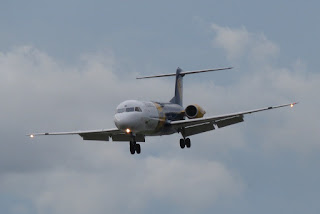 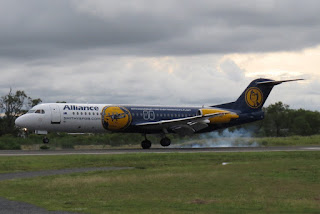 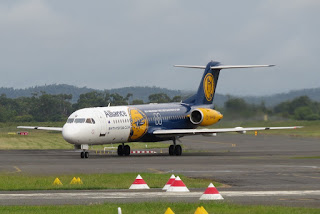 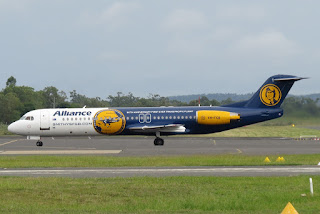 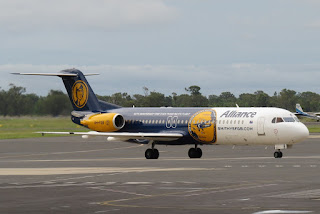 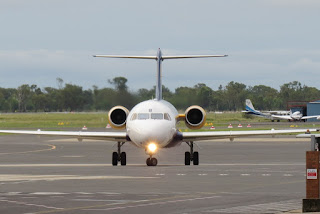 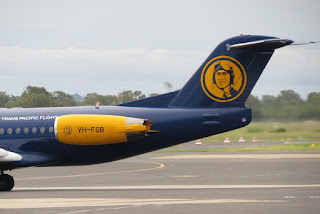 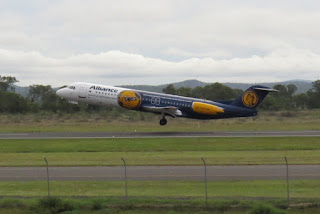 VH-FGB was delivered into Brisbane from Norwich in England in January and has been operating in recent days on Fly-in Fly-out (FIFO) charter flights out of Brisbane, Townsville and Cairns.

At the time of writing, VH-FGB has returned to Rockhampton Airport and looks to be staying for the night.  It should depart back to Brisbane early on Friday 23 February.

Sincere thanks to local plane spotters Daniel B and 'IAD' for taking the time to capture and send through these great photos of a great first-time visitor to CQ!