Despite catching most local plane spotters by surprise, late on Wednesday 28 February, Royal Australian Air Force (RAAF) Airbus A330-203 / KC-30A (MRTT) A39-004 was spotted on short finals to Runway 33 at Rockhampton Airport.  It proceeded to complete a missed approach and low overshoot. 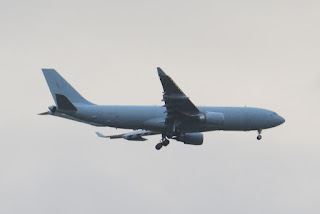 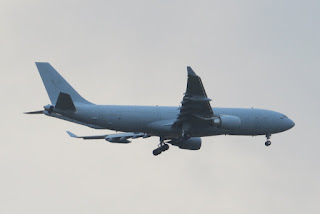 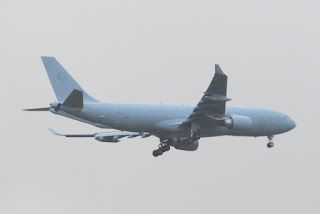 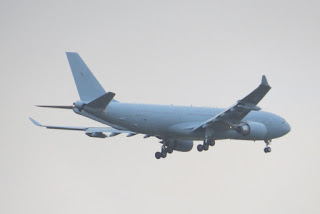 It appears that the KC-30 had flown North from RAAF Base Amberley and continued to Townsville after its airwork at Rocky.

A39-004 – which was heard to be flying as “Dragon 42” – was later noted flying back to Amberley from Townsville.

All photos taken by Kayanne Hardsman  ©
Posted by Damian F at 9:52 PM