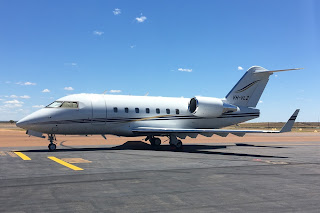 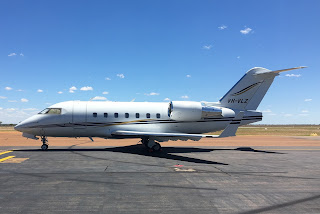 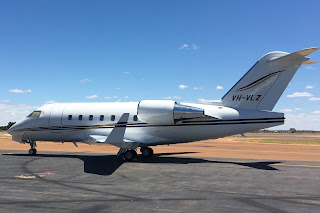 The sleek little Challenger was spotted on the Longreach Airport parking apron soon after its arrival.

After staying for a few hours, VH-VLZ was noted departing for the South, possibly returning to its Melbourne (Essendon) base.