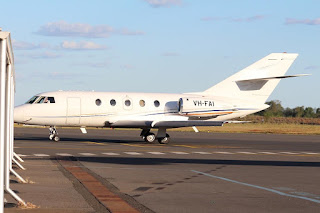 After spending the day on the ground, VH-FAI was spotted in the early evening shortly before departing back to Sydney. 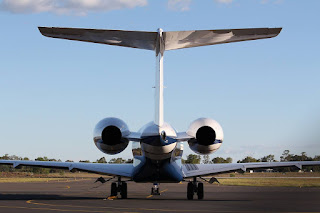 UPDATE!  In the late afternoon on Thursday 8 February, N60XC was noted departing Emerald Airport for Brisbane.

Sincere thanks to local plane spotter Greg W for taking the time to capture and send through these great photos of a great pair of bizjets to call into Emerald Airport!