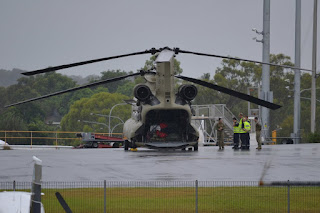 Local plane spotter Anthony S was on hand and captured some great photos of the twin-engine, tandem rotor heavy-lift Chinook helicopter, which is operated by the Australian Army's 5th Aviation Regiment (5 Avn Regt) 'C' Squadron based at Townsville, soon after it touched down from the North. 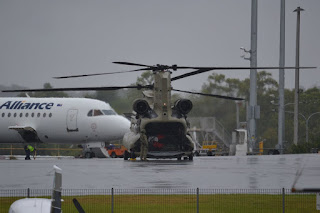 A15-306 was heard to be using the radio callsign of "Checker 32" and was reportedly due to land at Rockhampton Airport but continued to Gladstone Airport given the inclement weather around Rocky.

After taking on fuel, A15-306 "Checker 32" departed Gladstone Airport for the South. 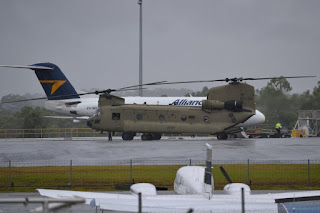 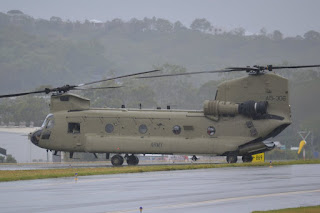 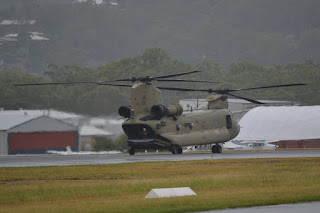 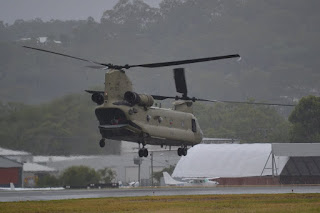 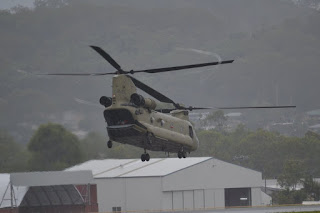 Sincere thanks to Anthony S for taking the time to capture and send through these great photos!

All photos taken by Anthony Schulz  ©
Posted by Damian F at 4:45 PM