For the second week in-a-row, a pair of Royal Australian Air Force (RAAF) Beech B350 Super King Air turboprops have been noted visiting Central Queensland Airports.  On Monday 2 December, the two RAAF Beech B350 Super King Airs were noted arriving into Bundaberg Airport.  They were identified as A32-437 "Hudson 07" and A32-675 "Hudson 09" and both looked arrive to direct from their RAAF Base East Sale home base. 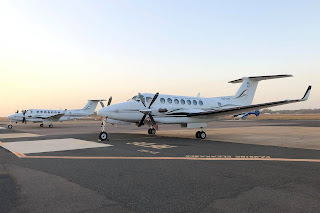 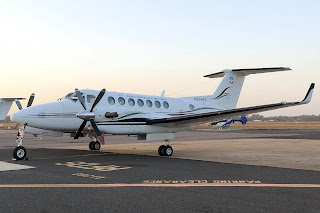 Both Super King Airs stayed parked for the night and were photographed above still resting on the Bundaberg Airport parking apron above early on Tuesday 3 December.

UPDATE!  On Wednesday 4 December, both Super King Airs - A32-437 "Hudson 07" and A32-675 "Hudson 09" - both departed Cairns and landed at Rockhampton Airport for a short time.  They then continued to RAAF Base Richmond.