After heading North the previous day and as expected, on Thursday 19 December, Royal Australian Air Force (RAAF) Dassault Falcon 7X bizjet A56-003 called into Rockhampton Airport while heading back to Canberra on what appears to be a training flight. 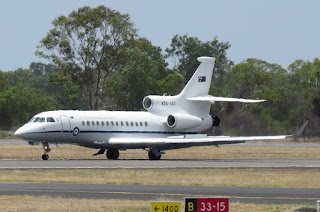 The newest member of the RAAF’s VIP 34 Squadron started the day at Townsville and firstly completed airwork at Proserpine (Whitsunday Coast) Airport before it headed to Rocky.  A56-003 landed and parked at Rockhampton Airport for a short period of time. 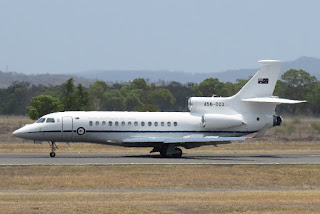 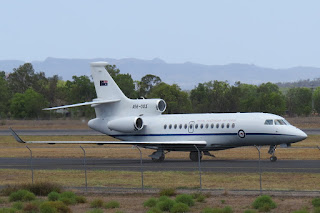 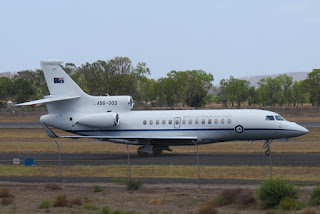 A56-003 then departed Rockhampton Airport for the Sunshine Coast before it then returned to Canberra.

As mentioned, A56-003 flew North on Wednesday 18 December and completed airwork at Bundaberg and Hamilton Island Airports before ending the day at Townsville.  As it did on its way North, A56-003 was using the radio callsign of "Envoy 41" again on its trip South.