As predicted below, on Wednesday 3 November, the two Royal Australian Air Force (RAAF) VIP 34 Squadron aircraft that were noted flying North the previous day and calling into some Central Queensland Airports, headed back South, again via a couple of CQ Airports, while on one of their now becoming frequent training flights up and down the Queensland and New South Wales coasts. 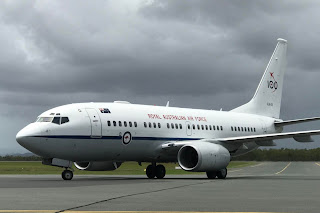 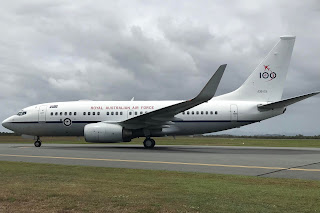 Royal Australian Air Force (RAAF) Dassault Falcon 7X bizjet A56-001 again as "Envoy 39" flew down from Townsville to land at Proserpine (Whitsunday Coast) Airport where it is pictured below.  It then departed to Gladstone Airport before then flying down to and landing at the Gold Coast.  A56-001 then returned to Canberra via a missed approach at Tamworth. 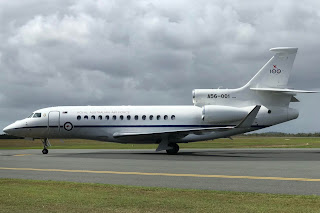 While fellow Royal Australian Air Force (RAAF) Boeing B737-7DT(BBJ) A36-001 again as "Envoy 34" also departed Townsville and also landed at Proserpine Airport (pictured above) before it then headed South and landed at Rockhampton Airport (pictured below) - albeit after a missed approach at Rocky.  It too departed to the Gold Coast before also returning direct to Canberra. 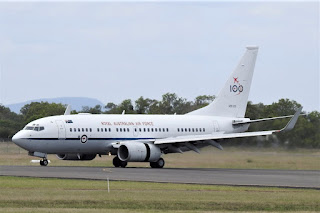 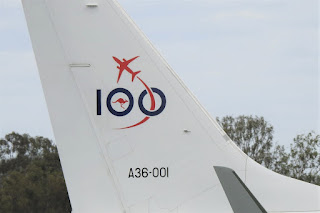 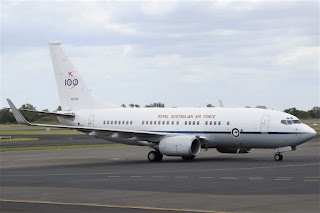 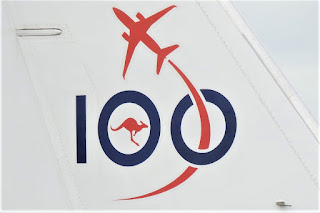 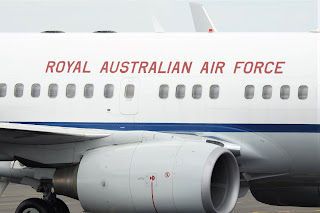 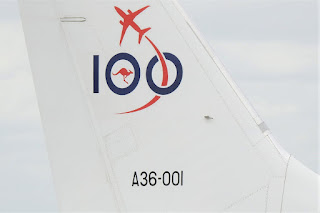 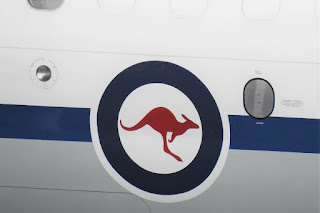 Finally, also during the evening, also on Wednesday 3 November, Australian Army marked (Helicorp) Leonardo S.P.A. Helicopters (Agusta) AW139 Helicopter VH-YBF as "Halo 239" looked to complete airwork astound the Whitsundays while on a flight out of and back to Townsville.  It is believed (but not confirmed) that sistership VH-YBG was also in the area completing a similar fight.
Sincere thanks to the local plane spotters for taking the time to capture and send through these great photos!
Photos taken by 'AC' and Steve Vit  ©
Posted by Damian F at 9:17 PM