Some great photos have been shared with us from and around Mackay Airport as a combined military and regional emergency services search and rescue exercise was held in Mackay over the weekend. 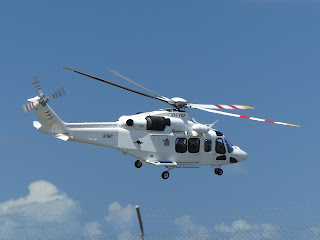 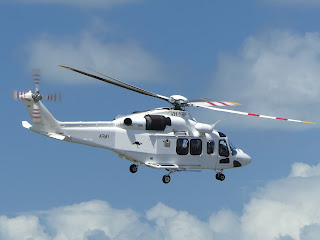 'Exercise Mackay Ready' brought a pair of Australian Army marked Leonardo S.P.A. (Agusta) AW139 Helicopters VH-YBF and VH-YBG to town and both were spotted completing various local flights out of and back to Mackay Airport and regular time intervals over both Saturday 6 November and Sunday 7 November. 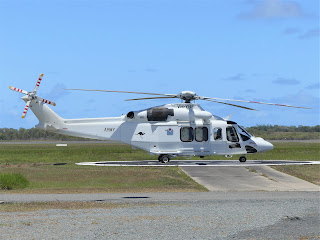 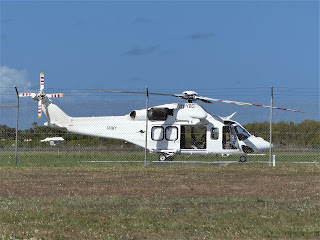 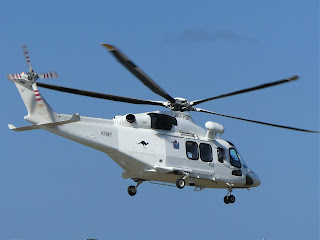 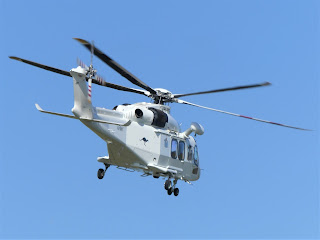 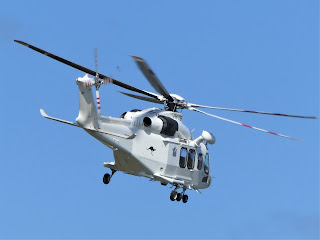 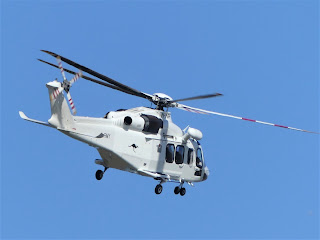 Both helicopters were heard to be using the radio callsign "Halo" with various numbers, and VH-YBF was even photographed on approach to and on the heli-pad at Mackay Base Hospital. 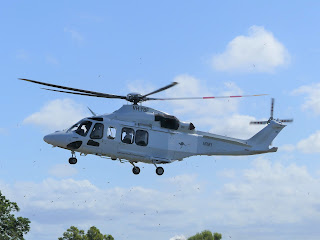 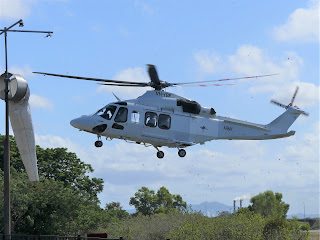 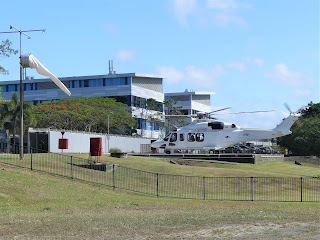 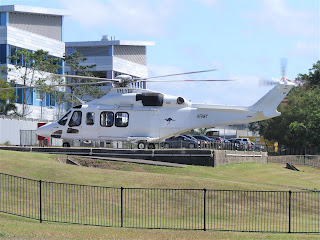 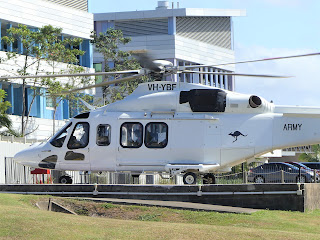 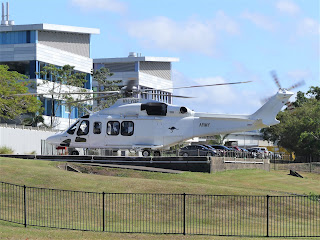 Both VH-YBF and VH-YBG both appear to have arrived into Mackay Airport from Townsville via the Whitsunday Airport at Shute Harbour on Friday 5 November.
UPDATE!  With the exercise complete, on Monday 8 November, both VH-YBF and VH-YBG flew home from Mackay Airport to Townsville, again via the Whitsunday Airport at Shute Harbour.
Of interest, both VH-YBF and VH-YBG are registered to Helicorp (Toll Group) and are two of three AW139 helicopters that have been leased to the Australian Army's 5th Aviation Regiment based at Townsville. They have been provided to the Army to provide a similar capability to the NH Industries MRH-90 so pilots can keep up their hours.
The Australian Army's MRH-90 helicopters have suffered years of poor serviceability due to various technical issues so AW139 helicopters are a 'stop gap' measure.
There are reports though that the AW139 could ultimately be used by the Australian Army as a general utility helicopter.
Finally 'Exercise Mackay Ready' brought together a wide variety of Australian Defence Force (ADF) units to jointly train with the Queensland Police Service, Queensland Fire and Emergency Services, State Emergency Service and Mackay Regional Council in a natural disaster response scenario.  ADF personnel and vehicles including the Army helicopters trained with regional emergency services in a realistic search and rescue scenario.
Sincere thanks to local plane spotter 'JM' for taking the time to capture and send through these great photos!
All photos taken by 'JM'  ©
Posted by Damian F at 9:04 PM