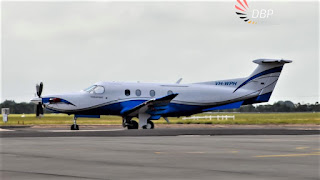 It looked to arrive from and then later depart back to its Toowoomba base.
UPDATE!  On Saturday 4 June, VH-WPH returned to Emerald Airport, again arriving from and later departing back to Toowoomba.
Meanwhile, also on Friday 3 June, Inverted Downunder / Matt Hall Racing Extra EA-300L VH-IOG and MX Aircraft MXS VH-CQE both departed Rockhampton Airport for Archerfield. 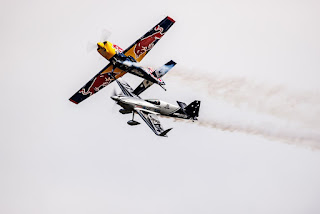 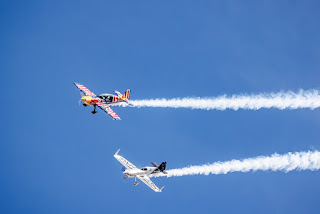 Both aircraft have been in the region for the past week, visiting the Old Station Fly-in and Airshow (as shown), as well as operating joyflights from Rockhampton Airport.  Both aircraft flew in formation as "Silver Formation".
Photos taken by Dan B and Liz Barratt  ©
Posted by Damian F at 9:52 PM