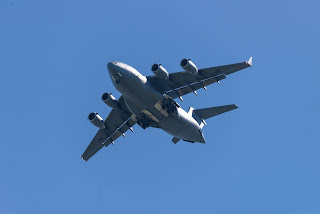 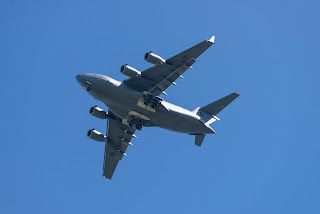 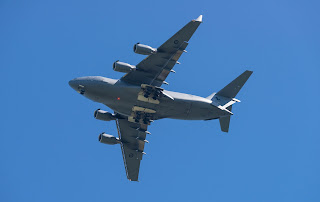 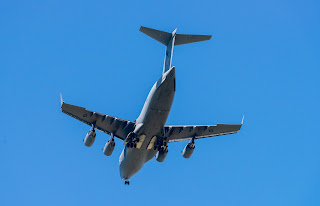 It initially departed RAAF Base Amberley and headed West to complete a missed approach at Charleville Airport before flying to Rockhampton Airport where it completed another missed approach - as shown.  A41-208 then headed further North and landed at Townsville.
Later in the day, A41-208 departed departed Townsville and complete yet more airwork, including another missed approach, at Proserpine (Whitsunday Coast) Airport before it then returned to Amberley.
Of interest, for all of its flights, A41-208 was heard to be flying as "Stallion 56".
Sincere thanks to local plane spotter Scott H for taking the time to capture and send through these great photos!
All photos taken by Scott Harris  ©
Posted by Damian F at 9:11 PM