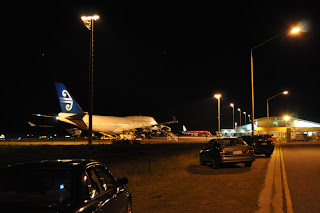 Word around Rockhampton Airport is that there will be a series of charter flights operated by Air New Zealand touching down this week. It is expected that these will be operated by large aircraft - meaning either Boeing B747-400 or Boeing B777.

Spotters noted that an Air New Zealand Boeing B777-300 operated a similar charter into Townsville recently, and perhaps this was a precursor to movements this week at Rockhampton.

The charter flights are expected to touch down at Rockhampton Airport on Tuesday 17 April, Wednesday 18 April, and Thursday 19 April. Times haven't been confirmed, but I would expect afternoon and evening arrivals - as shown in the pictures below from previous years at Rockhampton Airport. 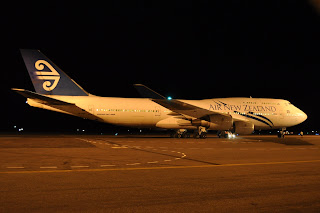