As I flew out of Emerald Airport early on Monday 9 April, I took the opportunity to take a few photos of the morning's action - both aviation and non-aviation!

First thing I noted was the mess that had become the short-term car parking at Emerald Airport. There were cars everywhere! 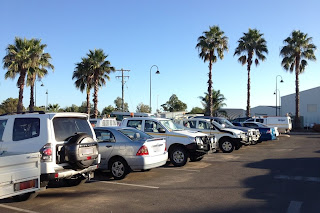 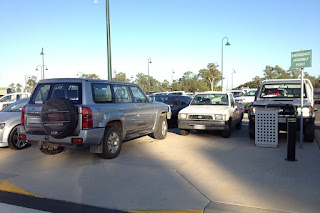 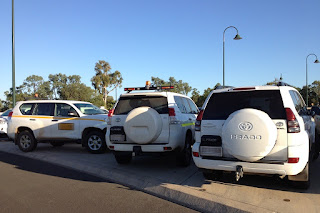 As mentioned in a post about Clermont Aerodrome, there was also a mass of miners and contractors that flew out from Emerald Airport for Easter that had created the chaos. 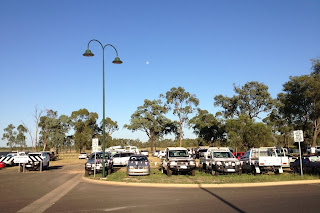 Extra parking was even provided on the grassed area away from the terminal near the Airport Manager's house - an area that has previously been earmarked for future development into a carpark - that can't come soon enough I reckon!

Anyway, I managed to find a space in the official carpark, and after checking-in for my flight to Brisbane, was able to take a few photos of the morning's planes!

I first noted a couple of light aircraft that spent the night at the airport on the freight apron with Cessna 414 VH-JYY and Par Avion (Airborne Surveys) Pilatus Britten-Norman BN2A-26 Islander VH-RQW. 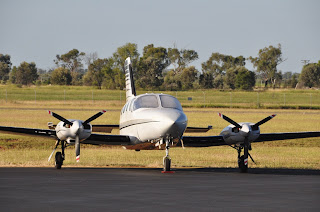 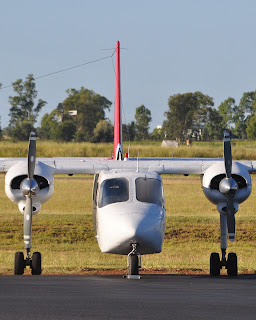 One other interesting visitor I noted from the plane I was about to fly out on was Cessna 182 VH-SFH which had just touched down from Southport on the Gold Coast. 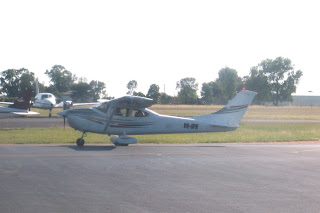 On the commercial scene, Virgin Australia ATR 72-500 VH-FVI operated the morning service from and back to Brisbane. 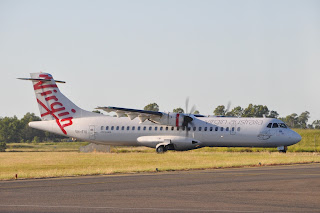 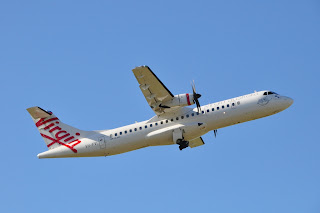 I also noted that these ATR aircraft now wear small Skywest Airlines titles towards the rear of the fuselage on the port side of the aircraft.

QantasLink (Sunstate Airlines) had a pair of Dash-8-Q400 flights pop into Emerald Airport. QantasLink is still increasing the number of flight into the mining region of Central Queensland - with as many as eight flights arriving into Emerald and Moranbah on some weekdays.

The first QantasLink flight to depart was operated by VH-QOF. 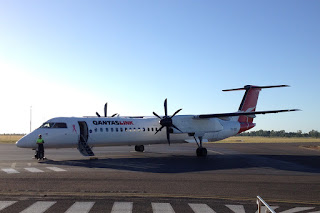 About an hour later, VH-QOJ arrived to take me to Brisbane. 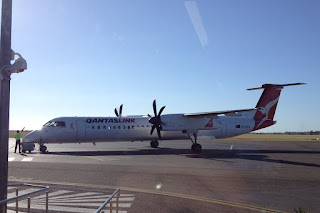 Hope to see Emerald Airport in a little calmer state when I return later this week!!
Posted by Damian F at 8:49 AM