This Week at Whitsunday Airport at Shute Harbour / Airlie Beach

While on holidays in the Whitsundays this week, I have had some opportunity to pop into the Whitsunday Airport at Shute Harbour / Airlie Beach.

There was of course plenty of movements on Saturday 7 April, with most being from local operators, including: 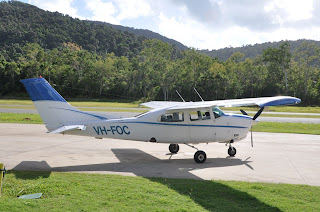 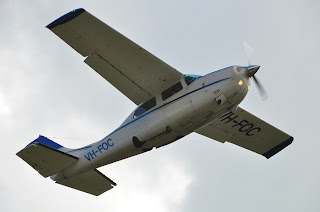 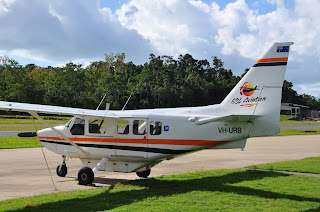 It was also interesting to note that VH-URB is now wearing GSL Aviation colours and titles. A full Blog Post on GSL Aviation can be found HERE. 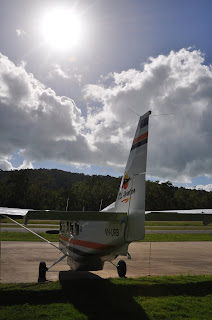 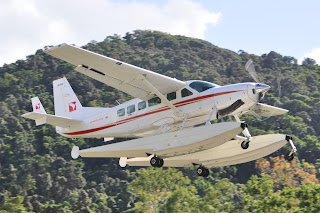 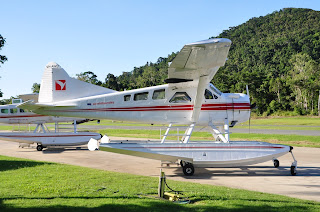 I also spotted Beaver VH-AWY tucked away minus its wings, obviously undergoing some maintenance. 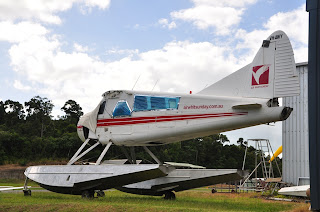 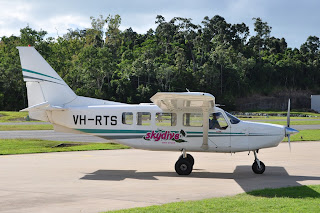 There has also been a few interesting visitors to the Airport including:

Redcliffe-based Piper PA-22-160 VH-MBT. It was photographed parked on Saturday 31 March. It is registered to Bob Tait's Aviation Theory School at Redcliffe. 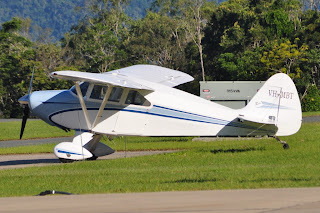 On Saturday 7 April, Noosa-based Cessna 401 VH-ARI was photographed. It arrived during the week from Gympie and wears titles promoting "Noosa Heads" and "Equine Nutrition". 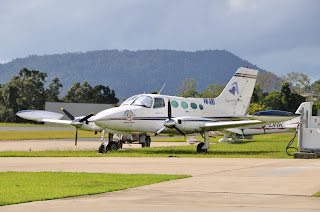 A pair of Cirrus Aircraft were also noted with Cirrus SR20 VH-DRK and Cirrus SR22 VH-MHA both photographed parked up at the Airport for the Easter break. 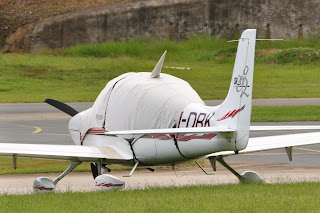 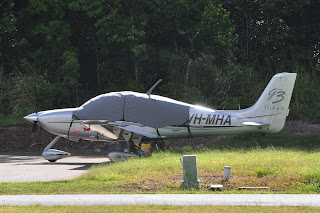