With thanks to some local spotters comes some images from both Rockhampton and Gladstone Airports from what looked to be a lovely days spotting on Easter Sunday 8 April. 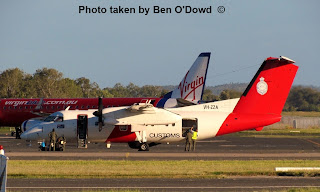 He also spotted a nice pair of helicopters near the General Aviation apron. Firstly, Bell 206B VH-RMJ of Heli-Aust in Sydney. 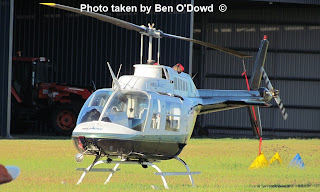 Also Aerospatiale AS.350BA Squirrel VH-XLM of V2 (V Squared) Helicopters, which is a helicopter sevice provider operating out of Brisbane. 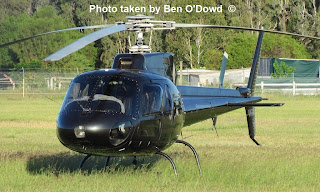 Meanwhile, Shane T sent through a couple of pictures from Gladstone Airport including Virgin Australia - Skywest Airlines operated - ATR 72-500 VH-FVM which was operating the morning flight from Brisbane. 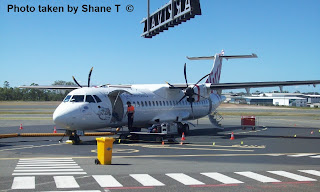 It was interesting to note that Virgin was using the 'top' apron at Gladstone Airport, which is almost exclusively used by QantasLink.

Nearby on the top apron - and obviously not in a good spot for photos - was Royal Flying Doctor Service of Australia (RFDS) Hawker Beechcraft B200C King Air VH-FDM. 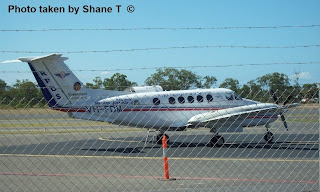