Air New Zealand Boeing B747-475 ZK-SUH touched down again at Rockhampton Airport on Tuesday 17 April, this time in the early evening. 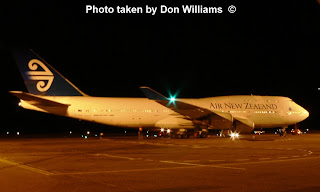 The jumbo - operating as ANZ1972 again from Darwin - touched down at about 7.30pm. Don W was on the spot and sent through a couple of nice night time images. 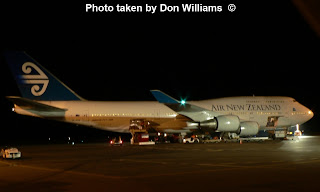 After overnighting, ZK-SUH was expected to depart sometime on Wednesday 18 April back to Darwin, before returning once again to Rockhampton in the evening. 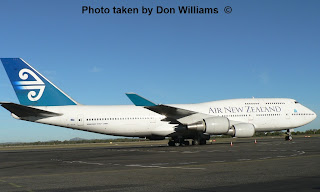 It then should depart on Thursday 19 April.
Posted by Damian F at 11:39 AM