A nice American bizjet was believed to have made yet another visit to Mackay Airport this week with Gulfstream G-V-SP (Gulfstream 550) N3050 possibly transiting on Wednesday 4 April. The Gulfstream belongs to GC Air LLC in the USA.

Meanwhile, Hamilton Island Airport has again played host to a number of locally based bizjets visiting the Whitsundays during this past week.

On Wednesday 4 April, a pair of Cessna 525A Citation CJ2 aircraft in the form of Bond Air Charter's VH-MOR and Armidale-based Edwards Coaches' VH-RJB both popped in and out. 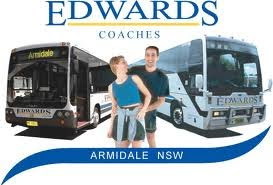 VH-RJB was also noted flying in and out of Hamilton Island again early on Saturday 7 April.

Also operating out of Hamilton Island this week has been Atlass Aviation of Rockhampton Cessna 206 VH-JEK. It has flown several times this week between Hamiton Island and Rockhampton and Mackay on aerial survey sorties.
Posted by Damian F at 5:56 PM