Holiday Helicopter Spotting on Daydream Island in the Whitsundays

I've just returned from a week on Daydream Island in the Whitsundays here in Central Queensland. It was a fantastic week filled with snorkeling, bushwalking, lovely food, and plenty of swimming as well as lazing by the pools. I also managed to do some helicopter spotting!

The most frequent visitors during the week was Robinson R-44 II VH-ACN, which is registered to a company at Airlie Beach. This chopper is frequently seen at Whitsunday Airport at Shute Harbour, from where it operates tranfers from the mainland to Daydream Island. It carries 'Whitsunday Heli Tours' titles. 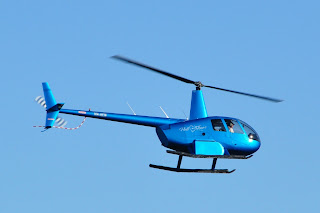 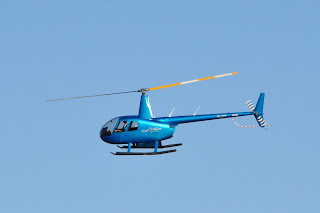 Another visitor during the week was HeliBiz Robinson R-44 II VH-AIU. This chopper only visited once - so it was lucky that I got to photograph it! VH-AIU wears titles for Hayman Island, which is also in the Whitsundays. 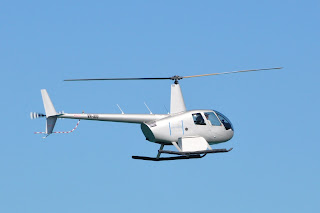 As we were preparing to depart Daydream Island, one final Robinson R-44 in the form of VH-BCJ was noted flying joyflights around Daydream Island - which start from just over $100 for 10 minutes. This R-44 is registered to a company on Hamilton Island, however I believe that it is operated by Heli-Reef Whitsundays. 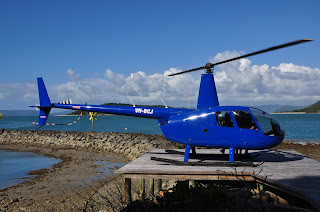 One other helicopter noted was Whitsunday Air Services Bell 206L-3 VH-VTU. It is pictured earlier this year at Whitsunday Airport as I was enjoying an afternoon dip in the pool on Daydream Island when it visited briefly. 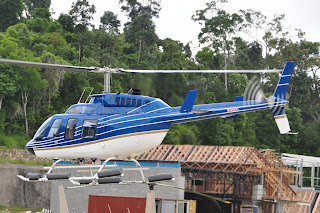