On Tuesday 30 June, Regional Express (REX) SAAB 340B VH-ZLG was spotted at Rockhampton Airport on what is believed to be its first ever visit to the beef capital.  It had earlier arrived from Brisbane as RXA9882 on the weekly closed charter flight which then departs to Richmond as RXA9282. 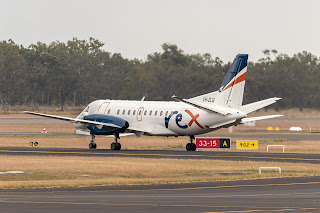 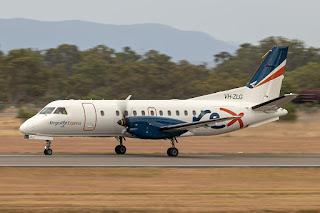 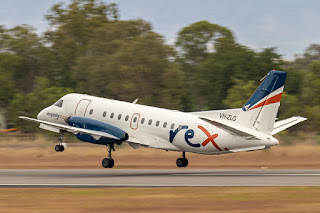 As 'usual' VH-ZLG was due to call into Emerald Airport from Richmond but didn't instead continuing directly back to Brisbane.

Finally, also early on Tuesday 30 June, local plane spotter Steve V was also able to capture some photos of Pel-Air Aviation SAAB 340 Freighter VH-KDB as it visited Rockhampton Airport.  It was flying as PFY7416/8 and arrived from Brisbane and later departed to Mackay Airport where it spends the day parked. 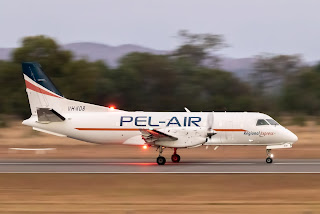 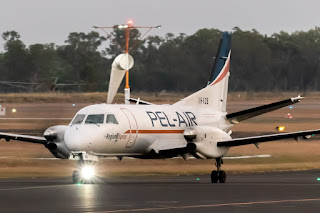 VH-KDB returned to Rockhampton Airport and then Brisbane later in the evening on Tuesday 30 June as PFY7415/7.

Sincere thanks to local plane spotter Steve V for allowing us to share these great photos!