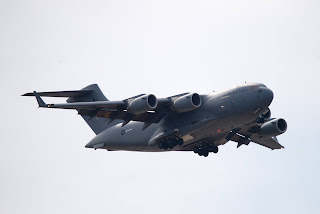 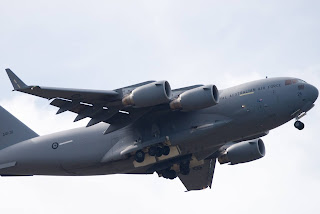 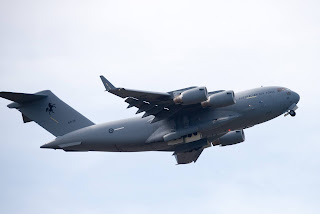 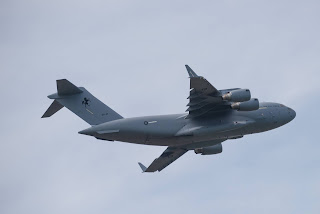 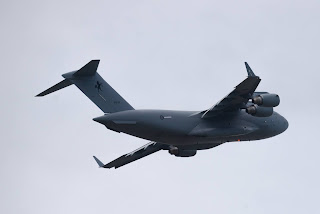 Meanwhile, the two RAAF Beech B350 Super King Airs that popped into CQ Airports earlier in the week returned to the region, arriving into Mackay Airport also on Thursday 18 June.

Finally, also on Thursday 18 June, fellow RAAF Super King Air A32-439 "Beaufort 24" departed Roma Airport for RAAF Base East Sale in Victoria.  It had arrived at Roma Airport from Canberra the previous day and looked to complete a flight to Cunnamulla and back to Roma early on Thursday.

All photos taken by Scott Harris  ©
Posted by Damian F at 9:16 PM