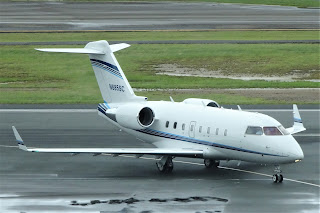 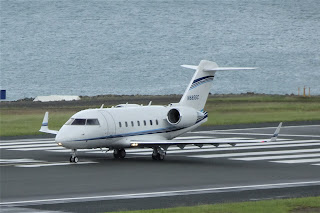 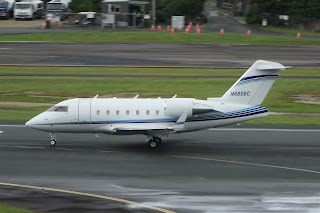 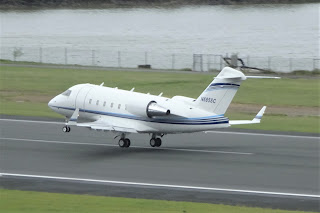 Of interest, N685SC only arrived into Australia at the Sunshine Coast late on Tuesday 19 April after completing a ferry flight all the way over from Fort Lauderdale in the USA.
Meanwhile, some other bizjets around the region, also on Friday 22 April, included Special Mining Services / Flight Options (Australia) Embraer EMB-505 Phenom 300E bizjet VH-UYX which visited Proserpine (Whitsunday Coast) Airport once again.  This time it arrived from and later departed back to Sydney.
While Avcair Embraer 500 Phenom 100EV bizjet VH-NJR looked to fly from Brisbane to Warwick and then up to Maryborough Airport.  It then returned to Brisbane.
And fellow Avcair (Capital B Aviation Services) LearJet 60 bizjet VH-OLJ visited Rockhampton Airport from its Brisbane base.
Finally, also on Friday 22 April, Wagga Air Centre (Mabena) SOCATA TBM-850 VH-PVM as "Wagga Air 669" landed at Longreach Airport from Birdsville.  It has progressed across from Broome in Western Australia over the last few days o what looks to be a closed charter flight.
UPDATE!  On Sunday 24 April, VH-PVM as "Wagga Air 669" departed Longreach Airport for Goulburn and Wagga Wagga.
All photos taken by 'AC'  ©
Posted by Damian F at 9:52 PM