On Friday 27 May, and making its first visit to the region this year, Air Kiribati Embraer E-190-E2 (ERJ-190-300 STD) VH-IKJ was spotted at Rockhampton Airport, operating what appears to be a training flight. 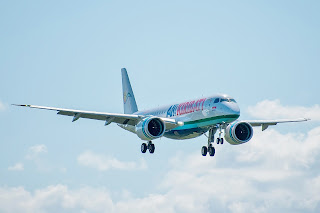 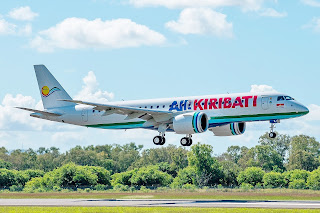 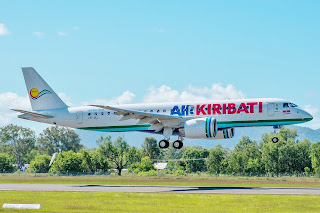 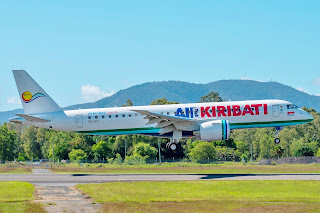 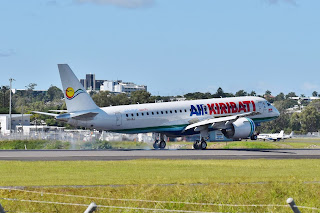 It looked to fly up from Brisbane before later returning there after around 90 minutes on the ground. 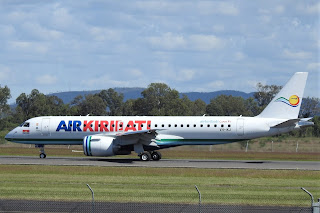 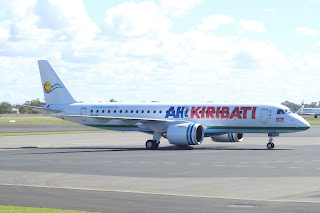 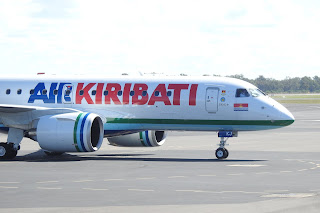 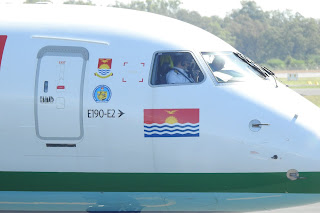 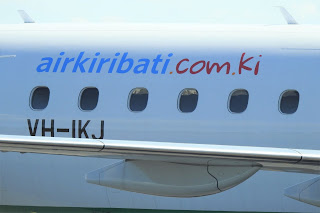 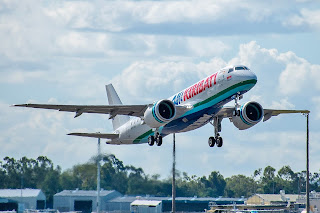 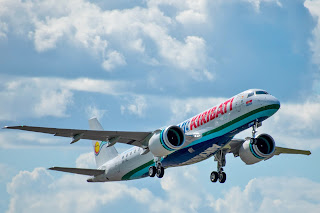 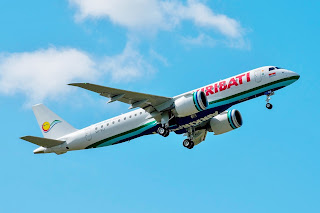 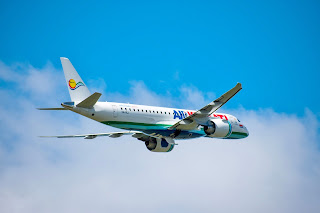 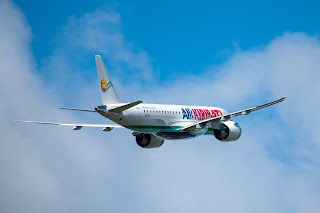 As mentioned previously, the brand new Embraer was delivered to Air Kiribati at Toowoomba-Wellcamp Airport in January 2020 wearing its Brazilian delivery registration marking of PR-EHT.

It was added to the Australian Aircraft Register in February as VH-IKJ is owned by and registered to the Government of Kiribati, with Sydney-based passenger and cargo airline Pionair Australia as the registered operator.

Of interest, a second Embraer E-190 (ERJ-190-100 LR) VH-SEF, which until very recently was leased to and wore the colours of Pionair Australia, was noted flying into Townsville from Bankstown as Alliance Airlines flight 'UTY9818'.
It is reported that this E-190 has now been acquired by Alliance Airlines and was ferried to Townsville for re-painting at the local Flying Colours paint-shop.
VH-SEF was originally delivered to Pionair Australia at Bankstown in November 2020 with the E-190 wearing the Swiss Registration marking of HB-JVR.  It has never flown since arriving into Bankstown.