On Tuesday 24 May, Royal Australian Air Force (RAAF) Dassault Falcon 7X bizjet A56-001 was photographed arriving into Bundaberg Airport. It was flying as "Envoy 21" and touched down from Canberra and Coffs Harbour. 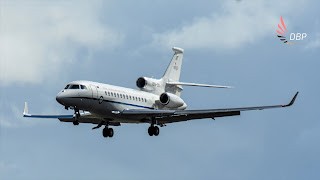 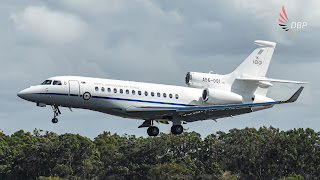 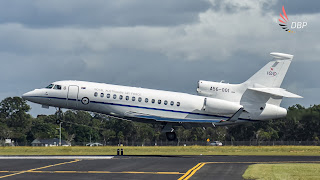 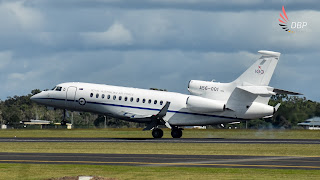 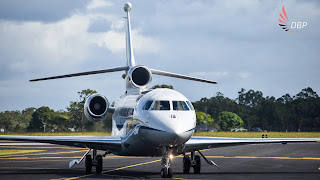 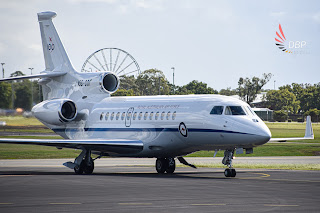 After some time on the ground, A56-001 departed Bundaberg Airport for Hamilton Island Airport.  It then departed Hamo for Townsville via a missed approach at Cairns.
UPDATE!  On Wednesday 25 May, A56-001 "Envoy 21" was back in CQ, flying down from Townsville to land at Proserpine (Whitsunday Coast) Airport.  It then continued further South and landed at Gladstone Airport.  From Gladstone Airport, A56-001 then departed to the Gold Coast, Sydney and back to Canberra.
As shown, A56-001 still wears additional decals to commemorate the RAAF's 100th anniversary.
Sincere thanks to Dan B from Dan Beck Photography for allowing us to share these great photos!