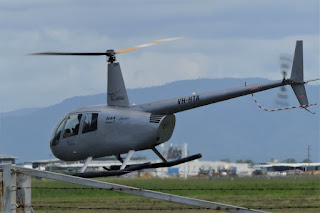 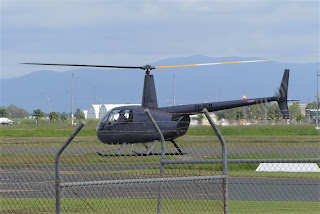 UPDATE!  On Saturday 14 May, both VH-HTA and VH-HLM departed Rockhampton Airport for Hervey Bay (Fraser Coast) Airport where they appeared to stay.
UPDATE!  Over the course of the next couple of days, both VH-HTA and VH-HLM looked to operate out of Hervey Bay Airport, completing local flights before then eventually heading back North to Townsville on Thursday 19 May.
Meanwhile, also on Friday 13 May, Skytrans Airlines Dash-8-100 VH-QQF is flying back across the country from Western Australia to Townsville as SKP007.  It flew across to Perth early last month but doesn't seem to have done anything whilst over in the West!
All photos taken by 'JM'  ©
Posted by Damian F at 10:10 PM