The Royal Australian Air Force (RAAF) Exercise Pitch Black is returning to the Northern Territory in 2022. 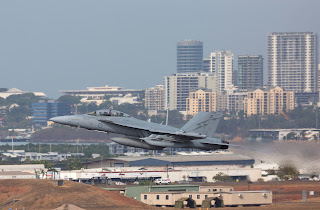 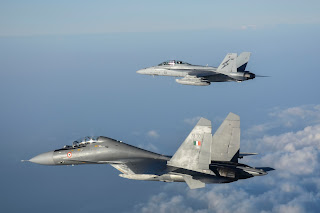 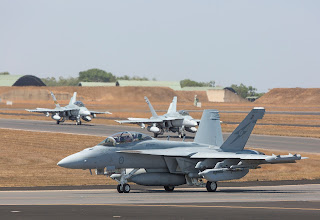 The exercise is a biennial three week multi-national large force employment exercise conducted primarily from RAAF Base Darwin and RAAF Base Tindal. RAAF Base Amberley, located near Ipswich will also be included in the exercise this year.

Exercise Pitch Black 2022 is the Royal Australian Air Force’s most significant International Engagement activity with forces participating from a wide range of partner and allied nations developing and enhancing military relationships at all levels.

Exercises such as this are pivotal to ensuring Air Force remains ready to respond whenever the Australian Government requires. The training and integration of forces that occurs during this exercise directly supports Air Force’s ability to conduct operations.

Exercise Pitch Black features a range of realistic, simulated threats which can be found in a modern battle-space environment and is an opportunity to test and improve our force integration, utilising one of the largest training airspace areas in the world - Bradshaw Field Training Area and Delamere Air Weapons Range.

The exercise will host up to 2500 personnel and up to 100 aircraft from around the globe including participants from Australia, France, Germany, Indonesia, India, Singapore, Japan, Republic of Korea, UK, the Philippines, Thailand, UAE, Canada, Netherlands, Malaysia, New Zealand and the US. Significantly, Germany, Japan, and the Republic of Korea will be participating fully for the first time.

Also based in RAAF Base Darwin from April to October, the United States Marines, Marine Rotational Force - Darwin, will also participate in the exercise utilizing the MV-22 Ospreys. 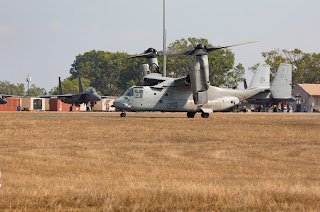 Activities such as Exercise Pitch Black recognise Australia’s strong relationships and the high value we place on regional security and fostering closer ties throughout the Indo- Pacific region.

To thank the Darwin community for their co-operation during the Exercise, the RAAF will continue the tradition of providing a flypast and handling display at Mindil Beach, and an Open Day at RAAF Base Darwin where the Northern Territory community will have the chance to observe, first-hand, some of the participating Air Forces’ capabilities. 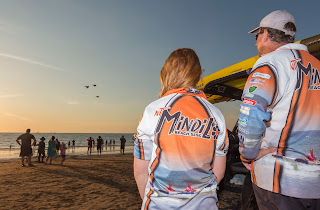 Free buses will run from Darwin Showground to RAAF Base Darwin.
Head to the Exercise Pitch Black 2022 website for more information - https://www.airforce.gov.au/exercises/pitch-black-2022
Defence Images...
Posted by Damian F at 7:30 AM