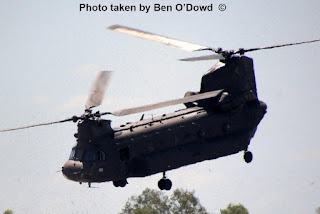 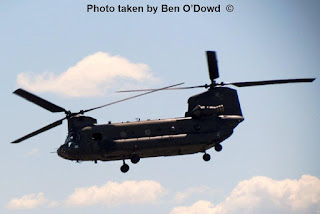 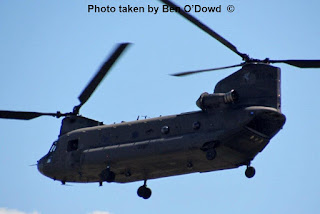 The big transport helicopter - serial A15-104 - which is believed to be operated by 5 Avn Regt based at Townsville - seems to be returning from Victoria, where it, along with another Chinook, have been spotted participating in a small military exercise.

We thank Ben O who gave up his afternoon nap to get some shots as it departed North-bound.
Posted by Damian F at 8:35 AM