I popped into Emerald Airport on Monday 20 February and it turned out to be a nice afternoon's spotting...

Firstly, AeroCommander 690-A Turbo Commander VH-ATF was parked. This aircraft is operated by a mining equipment company based on the Sunshine Coast. 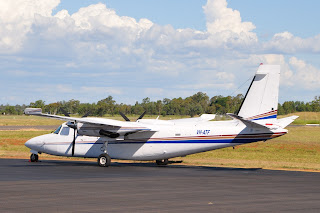 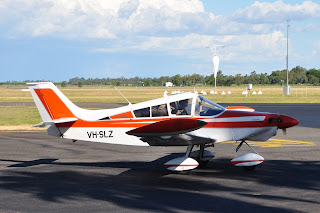 Advance Avaition PA-32s VH-MSR and VH-LPW arrived bringing freight from surrounding towns that later was carried out to Brisbane on the Toll Express Metro VH-UUO. They are pictured on the Advance Aviation 'apron' after being parked for the night. 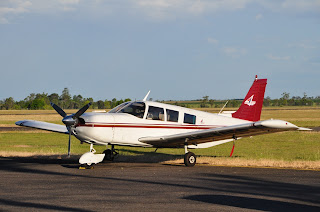 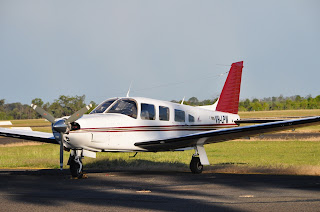 Later, Barrier Aviation Cessna 402C VH-THX was noted passing through on the way to Innisfail. I have noted this aircraft operating this charter in previous weeks, and looks to be becoming a regular fly-in fly-out (FIFO) charter. 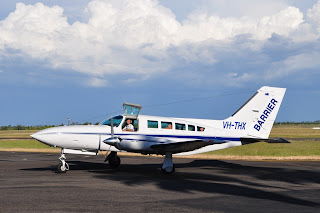 Also operating a FIFO charter was Regional Express (REX) SAAB 340B VH-ZXS which operated as 'ZL9572' from Brisbane. The brightly coloured SAAB arrived just as the sun set and certainly made a lovely sight. The SAAB is still carrying the basic colours of its previous operator Happy Air in Thailand, where it operated for some time as HS-HPE. 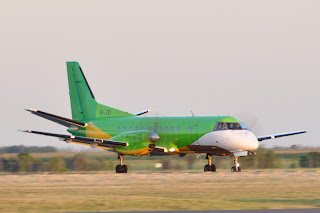 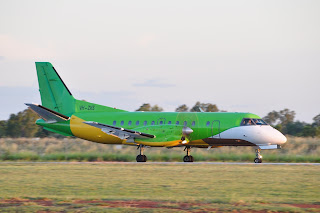 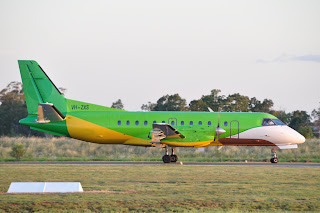 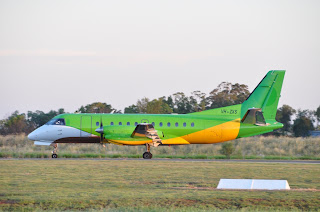 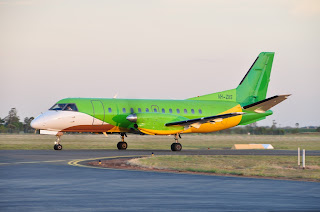 Lastly, on the commercial front, Virgin Australia (Skywest Airlines operated) ATR 72-500 VH-FVI arrived from and departed back to Brisbane. 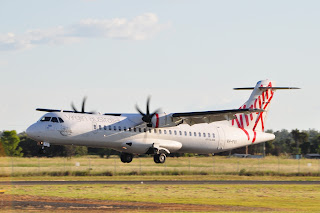 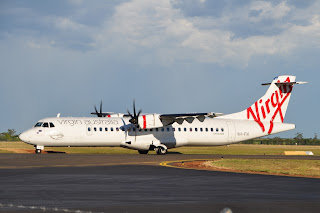 And QantasLink Dash-8-Q400 VH-QOX made a spectacular landing shortly after sunset. 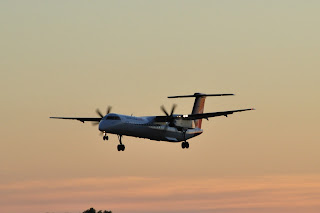 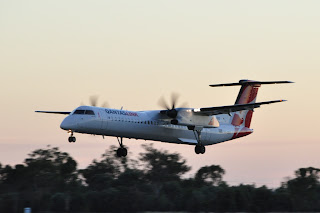 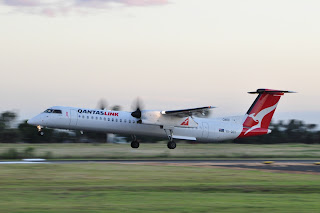 A great afternoon!
Posted by Damian F at 7:43 PM