It's been a very long time, but I finally made it back to Gladstone Airport over the weekend as I was in town for cricket. Incidentally, I was umpiring at Clinton Park - a venue under threat from proposed Airport expansion - see Blog post HERE - and it provides a wonderful place for plane spotting overlooking the runway!

Anyway, on Saturday 11 February, I popped into the General Aviation area and spotted a couple of local light aircraft, as well as a couple of visitors! 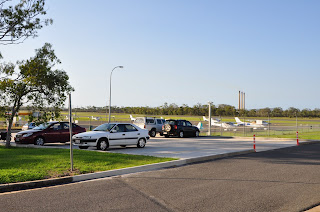 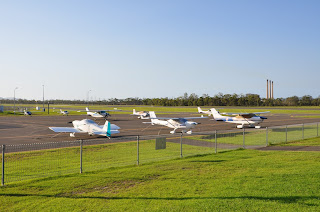 Grumman American AA-1B Training VH-RTT has been spotted by me numerous time and is owned locally. 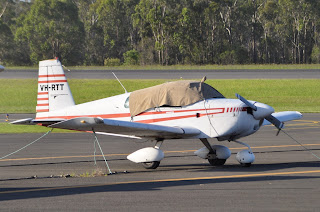 Cessna 210 VH-BGH is owned privately in the nearby town of Caliope. 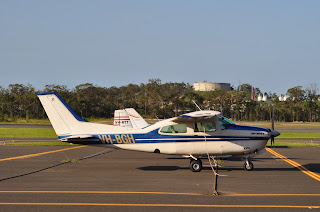 Van's RV-6 VH-XIS was visiting Gladstone, and was noted departing on the Sunday. 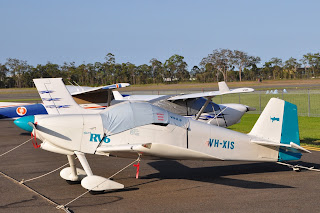 Meanwhile, QantasLink Dash-8-Q400 VH-QOK was spotted from inside the Gladstone terminal preparing for departure back to Brisbane. 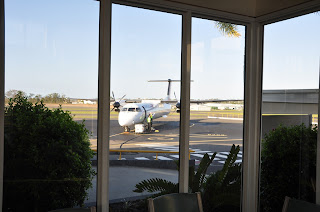 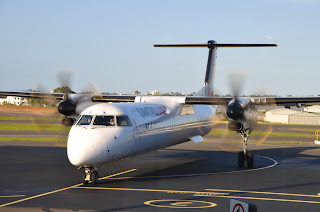 On Sunday 12 February, I returned to the Airport late in the day, and was able to photograph QantasLink Dash-8-Q400 VH-QQF and Virgin Australia (Skywest Airlines) ATR 72-500 VH-FVH, both departing in turn to Brisbane. 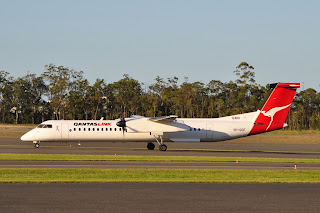 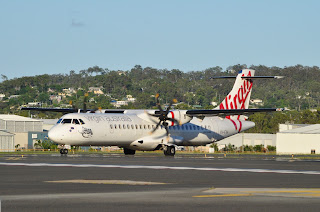 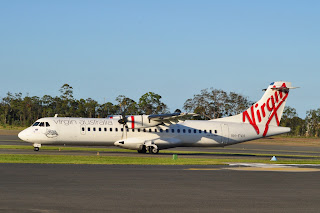