A busy weekend at Clermont Aerodrome with at least three Skytrans fly-in fly-out (FIFO) charters operating through from Brisbane. These weekend charters have been operating since late last year, and operate using a different batch of flight numbers to most of the Skytrans FIFO charters that operate during the week. 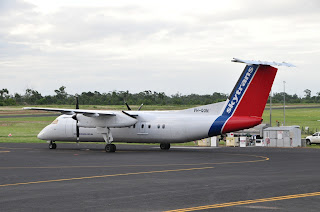 Pictured is Dash-8-Q300 VH-QQN which was preparing to depart as SKP416 to Brisbane on Saturday 4 February. 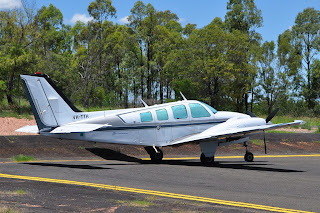 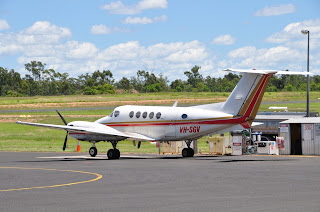 Later in the day, as many as four Skytrans FIFO charters touched down at Clermont Aerodrome from Brisbane, with Dash-8s VH-QQN, VH-QQM, VH-QQJ, and VH-QQK all noted approaching Clermont. Later, two of these aircraft departed Clermont: SKP858 departed to Mackay; while SKP868 departed to Townsville.

Meanwhile, at Emerald Airport, I spotted Regional Express (REX) SAAB 340B VH-RXX arrive from Brisbane on a FIFO flight as "REX9572". 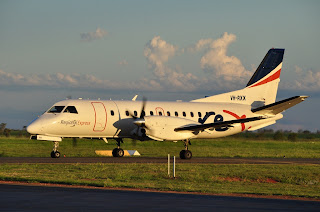 The flight is in fact operated on behalf of Aergo, who also operate several other flights from Brisbane to Emerald and other surrounding towns most days each week. 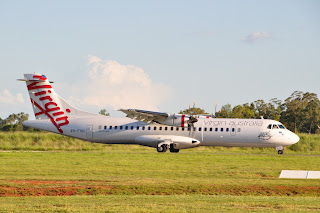 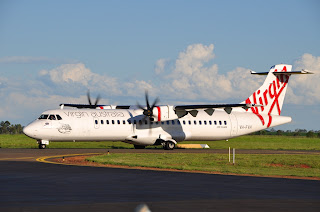 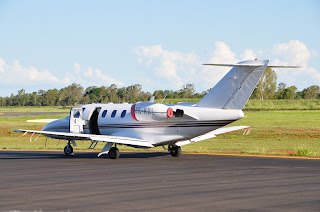