Even though it was a quiet time at Emerald Airport when I called through on Monday 13 February, there was still a few interesting aircraft to photograph.

On the freight and visitor parking apron, I spotted...

Toll Express Freight Metro III VH-UUO, which was to depart later in the evening. 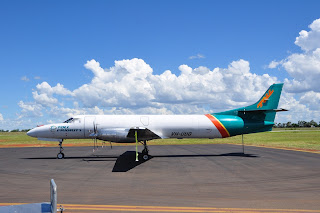 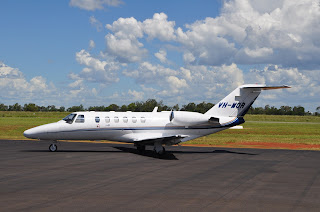 While Forbes Aviation Beech B200 King Air was parked nearby. 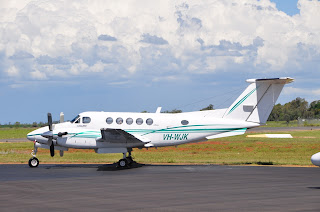 Also on Monday some of the usual fly-in fly-out (FIFO) movements included Alliance Airlines' Fokker F-70 VH-QQX and Fokker F-100 VH-XWQ operating from and back to Brisbane, with VH-XWQ making a stop enroute to Emerald at Hervey Bay, while Regional Express (REX) SAAB 340 VH-EKD also arrived in Emerald from Brisbane.
Posted by Damian F at 9:13 AM