Seemingly one of the two plain white Fokker F-100 aircraft that Virgin Australia has started flying recently has become unavailable and so Alliance Airlines has placed some of thier other F-100s onto the Virgin Australia routes. As Posted earlier this week, VH-XWQ was noted operating into Proserpine, and pictured below, VH-XWP was operating for Virgin Australia on Thursday 23 February through Rockhampton. 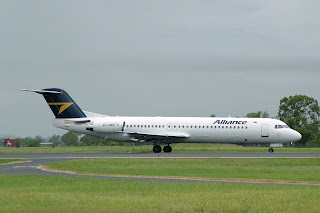 As shown, the F-100 has full Alliance Airlines livery. 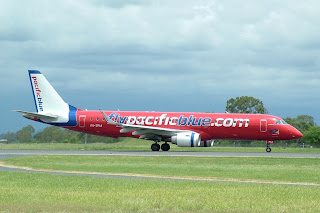 Also noted was Virgin Australia - Skywest Airlines operated - ATR 72-500 VH-FVL, which is pictured departing on a scheduled Virgin service to Brisbane. There appears to be a new daily ATR flight that Virgin operates on weekdays - VOZ1239/1240 - which departs Rockhampton around lunch time. 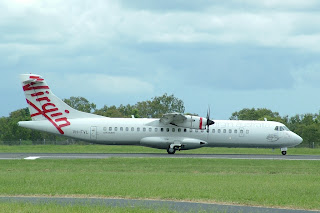 On the General Aviation side of the Airport, a nice pair of helicopters were noted with Marine Safety Queensland Eurocopter EC135 VH-ZGI pictured below. 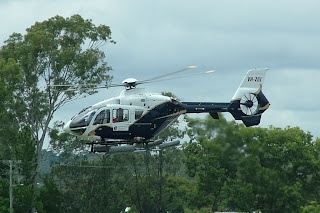 While Aerospatiale AS.350BA Squirrel VH-XLM is pictured arriving into Rockhampton, where it is reportedly being based while the crew carry out inspections on nearby high tension power lines. The chopper is operated by V2 Helicopters in Brisbane. 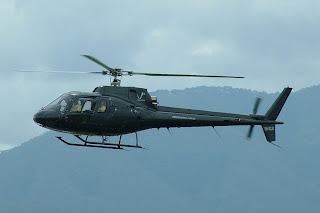 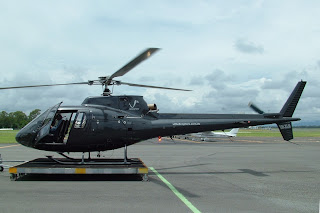 Thanks to the Rocky Spotter for the information and pictures!
Posted by Damian F at 6:54 AM