Spartan A34-005 as "Kaos 71" flew up from RAAF Base Amberley to a complete a touch-and-go at Bundaberg Airport before then heading up to Rockhampton Airport where it was photographed as it completed a whooping seven touch-and-go approaches! 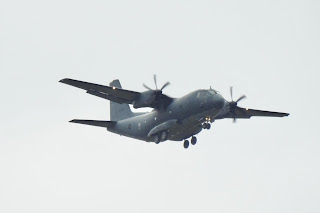 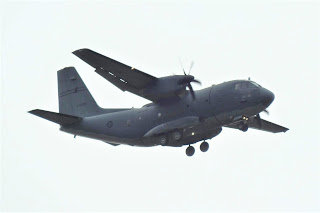 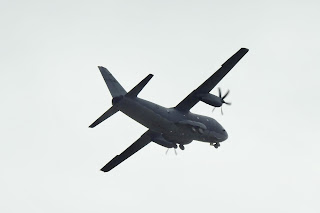 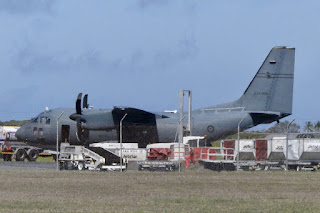 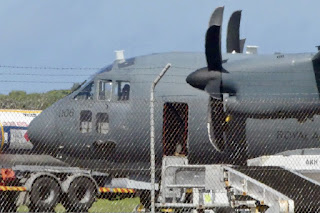 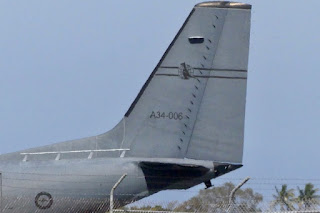 A34-006 "Valour 72" then departed Mackay Airport also for Cairns.
Of interest, a third Spartan, A34-004 as "Ausy 731" also passed through the region on Monday 19 September, flying between Canberra, Townsville and Port Moresby (Papua New Guinea).

Meanwhile, also on Monday 19 September, Royal Australian Air Force (RAAF) Boeing B737-7ES / E-7A Wedgetail Airborne Early Warning & Control (AEW&C) aircraft A30-002 as "Wedgetail 03" was noted completing airwork at Hervey Bay (Fraser Coast) Airport while on a flight out of and back to RAAF Base Williamtown.
Photos taken by John Lee and 'JM'  ©
Posted by Damian F at 9:28 PM