On Monday 19 September, Qantas Airways Airbus A330-300 VH-QPC arrived into Rockhampton Airport direct from Singapore's Changi Airport as QFA316.  It had earlier flown into Singapore from Sydney on the scheduled QFA81 service. 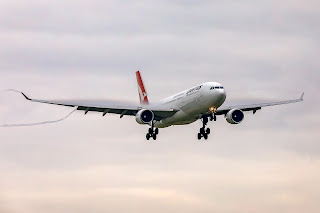 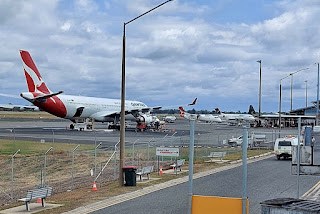 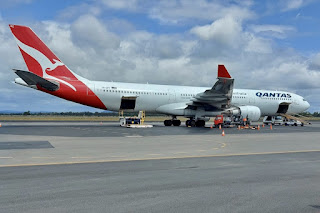 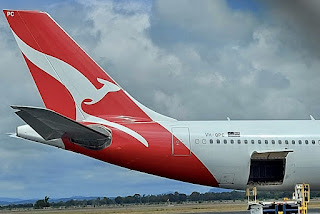 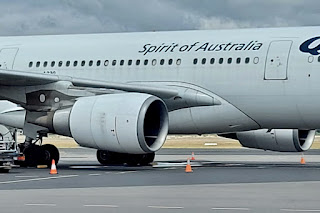 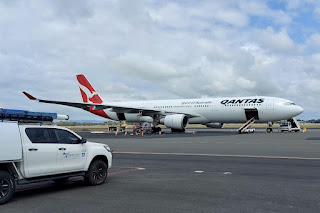 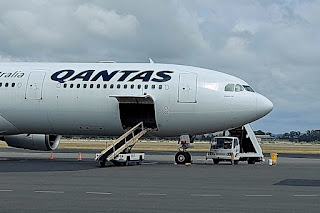 VH-QPC then returned departed Rockhampton Airport and returned to Changi but as QFA315. 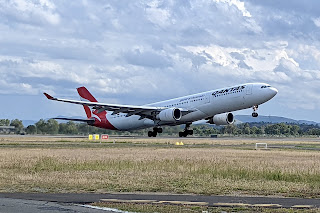 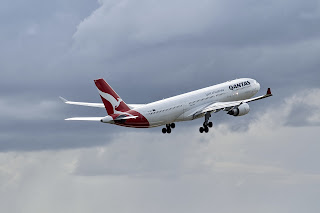 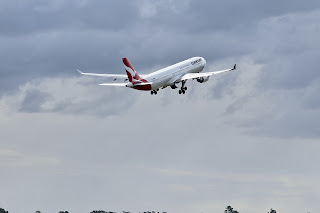 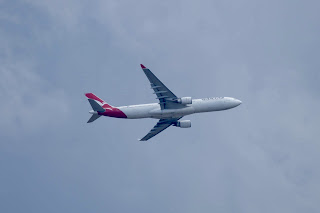 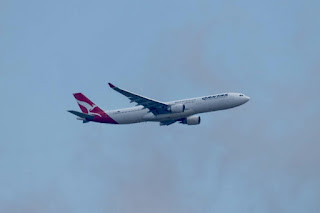 Current online schedules suggest that on Tuesday 20 September, a Royal Brunei Airlines Boeing B787-8 Dreamliner will be back at Rockhampton Airport.
It’s great to see these heavy jets back in the region once again supporting the Singapore Armed Forces Exercise Wallaby 2022 which is currently underway in the Shoalwater Bay Training Area (SWBTA).
Stay tuned to the CQ Plane Spotting Blog for all the latest news and updates via our Facebook page: https://www.facebook.com/cqplanespotting/
Sincere thanks once again to the local plane spotters and photographers for taking the time to capture and send through these great photos!
Photos taken by Steve Vti, Scott Harris and Nathan Pawley  ©
Posted by Damian F at 9:28 PM