Wedgetail A30-002 as "Wedgetail 25" flew up from RAAF Base Williamtown to Rockhampton Airport where it was photographed below as it completed four missed approaches.  It then returned South to another missed approach at Coffs Harbour and then back to Williamtown. 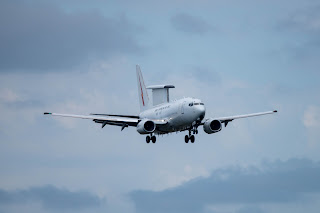 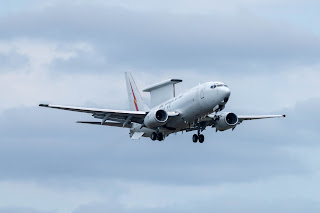 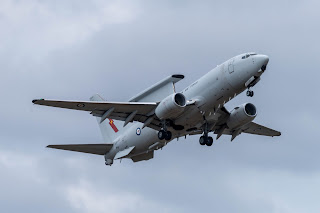 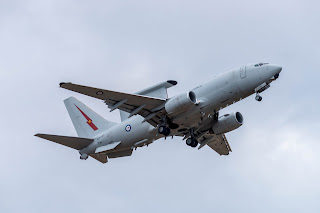 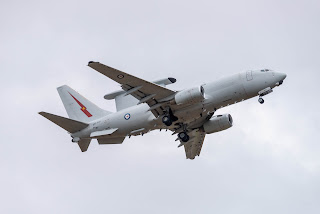 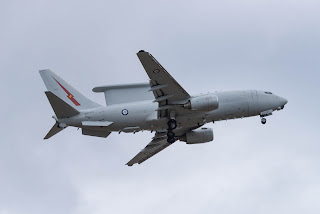 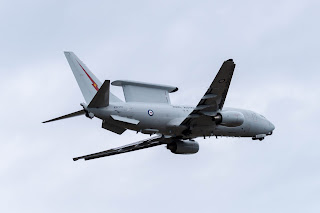 While about the same time A30-004 as "Wedgetail 26" also flew up from Williamtown but to Proserpine (Whitsunday Coast) Airport where it too completed a missed approach. It then flew back South and completed a missed approach at the Sunshine Coast. A30-004 then returned to Williamtown.
Of interest, Pilots, Air Battle Managers and Engineer Officers from the Royal Air Force (RAF), United States Air Force (USAF) and US Navy have gained experience on the Royal Australian Air Force’s Boeing E-7A Wedgetails during the recently completed Exercise Pitch Black 2022.
The UK and US personnel have been posted into 2 Sqn RAAF, normally based at Williamtown, to gain experience on the Wedgetail Airborne Early Warning and Control (AEW&C) platform prior to the RAF and USAF receiving their own aircraft later in the decade.
The RAF is to receive three E-7s to replace its now-retired E-3D Sentry AEW.1 aircraft and the USAF is looking to acquire up to 30 Wedgetails to replace its ageing E-3G Sentry airframes.
Meanwhile, also on Friday 26 September, Australian Army NH Industries MRH-90 Multi-Role Helicopter A40-039 as "Trooper 44" flew up from the Oakey Army Aviation Centre to complete airwork at Maryborough Airport and then back to Oakey.

All photos taken by Scott Harris  ©
Posted by Damian F at 9:23 PM