Again, over the course of this week, most of the six Republic of Singapore Air Force (RSAF) Boeing CH-47F 'Foxtrot' Chinook helicopters have again been photographed flying between Rockhampton Airport and the Shoalwater Bay Training Area (SWBTA) and back, as the Singapore Armed Forces Exercise Wallaby 2022 continues. 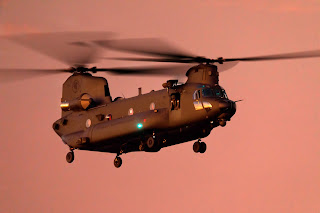 Although on Wednesday 7 September, RSAF Chinook helicopter 88167 as "Celtic 2" landed at 'Warriors Camp' near Rockhampton Airport suggesting that it will again be utilised as a helicopter landing area during Exercise Wallaby 2022. 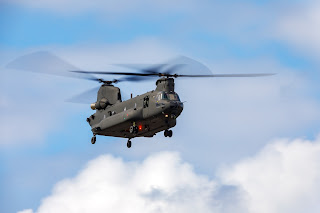 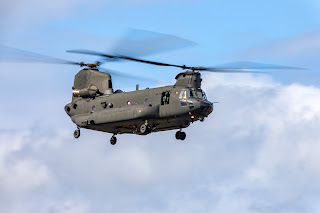 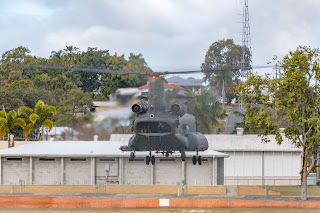 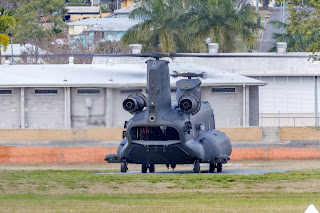 88167 had earlier departed Rockhampton Airport with 88168 and flew together as "Celtic". 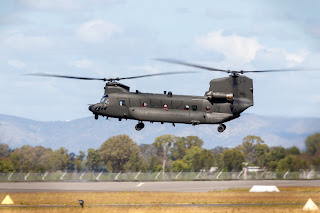 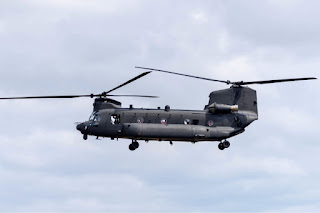 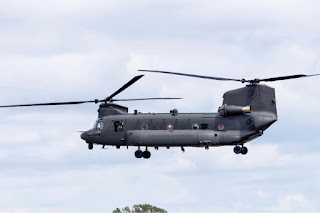 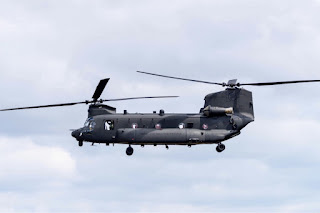 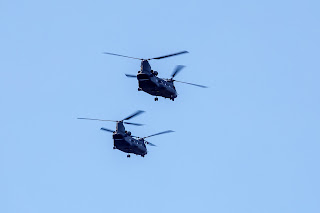 Of interest, again during the week, single Chinook helicopters have completed flights out of Rockhampton Airport to Shoalwater Bay and back as "Cyclops".
Meanwhile, after arriving last Friday 2 September and starting its flying program as the start of this week, the RSAF Lockheed C-130H Hercules Transport Aircraft '733' continues to complete daily sorties to the Shoalwater Bay Training Area (SWBTA) from and back to Rockhampton Airport using the callsign "Condor". 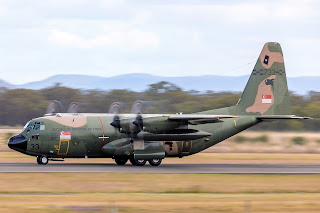 Finally, it is worth noting that the RSAF had released information suggesting that on Saturday 10 September, the four Boeing AH-64D Apache helicopters would also arrive into Rockhampton Airport for Exercise Wallaby 2022.  At the time of writing, we don't believe this will occur with reports suggesting a 2-3 day delay in the Apaches coming to Australia - via ship from Singapore.
Stay tuned to the CQ Plane Spotting Blog for all the latest news and updates via our Facebook page: https://www.facebook.com/cqplanespotting/
Sincere thanks to local photographer Steve V and local plane spotter Scott H for allowing us to share these great photos!
Photos taken by Steve Vit and Scott Harris  ©
Posted by Damian F at 8:02 PM