Again, over the course of this week, most of the six Republic of Singapore Air Force (RSAF) Boeing CH-47F 'Foxtrot' Chinook helicopters have again been photographed flying between Rockhampton Airport and 'Warriors Camp' - nearby to Rockhampton Airport - and the Shoalwater Bay Training Area (SWBTA) and back, as the Singapore Armed Forces Exercise Wallaby 2022 continues. 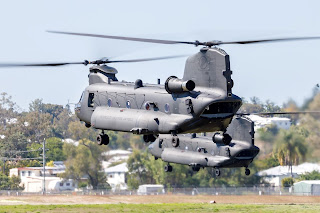 As shown above and below, they continue to fly in formations, as well as in single-ship flights. 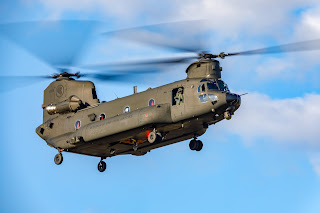 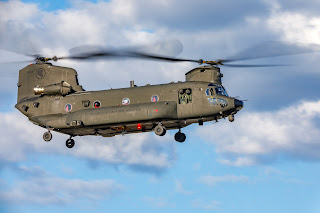 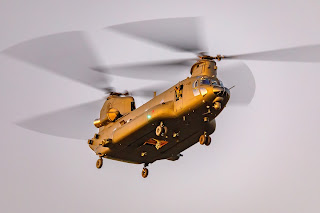 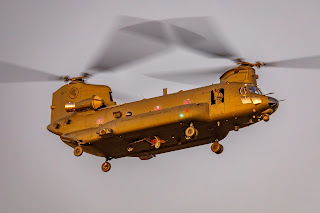 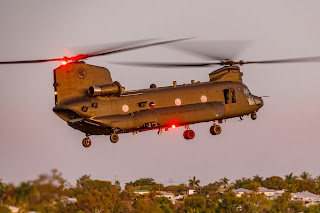 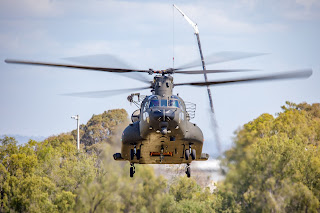 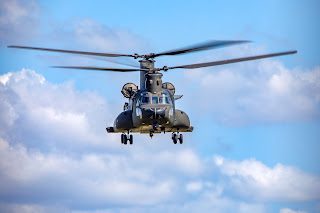 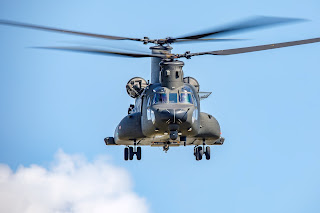 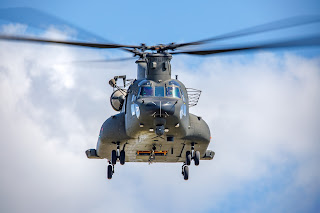 As mentioned previously, the Chinook helicopters are flown by the RSAF's 127 Helicopter Squadron which is based at the Sembawang Air Base (SBAB) in Singapore, however as mentioned, with a detachment at Oakey.

The squadron goes by the motto of "Strength, Courage, Swiftness", the motto is supported by the squadron motif, a white horse in full battle armour.
Meanwhile, the RSAF Lockheed C-130H Hercules Transport Aircraft '733' continues to complete daily sorties to the Shoalwater Bay Training Area (SWBTA) from and back to Rockhampton Airport using the callsign "Condor".  It was photographed below operating one such flight to the Bay on Thursday 15 September as "Condor 18". 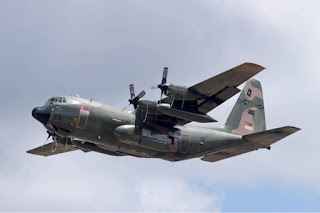 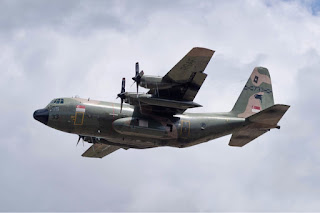 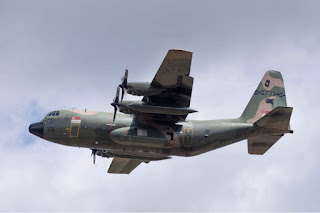 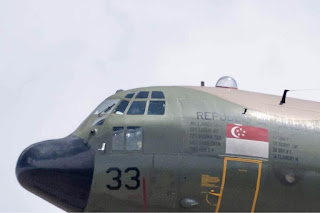 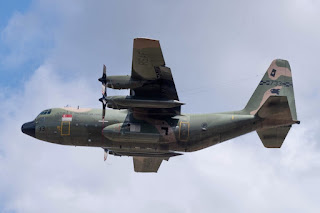 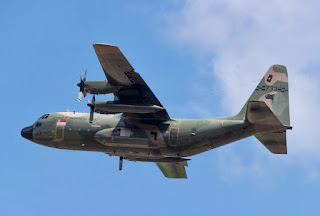 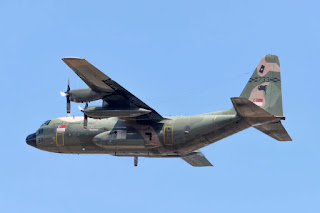 Also mentioned previously, the Herc '733' is one of six C-130H aircraft which are flown by the RSAF's 122 Squadron "Condors" based at the Paya Lebar Air Base (PLAB) in Singapore.

The squadron goes by the motto of "Dependable".
Stay tuned to the CQ Plane Spotting Blog for all the latest news and updates via our Facebook page: https://www.facebook.com/cqplanespotting/
Sincere thanks to local photographer Steve V and local plane spotter Scott H for allowing us to share these great photos!
Photos taken by Steve Vit and Scott Harris  ©
Posted by Damian F at 8:20 PM