After arriving by road earlier in the week, on Friday 16 September, local plane spotters provide us with our first glimpse of the four Republic of Singapore Air Force (RSAF) Boeing AH-64D Apache helicopters that have deployed to Rockhampton Airport for The Singapore Armed Force's Military Exercise Wallaby 2021 (XWB). 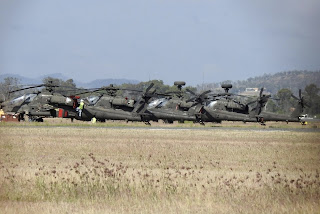 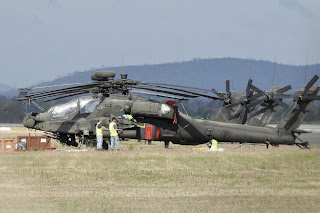 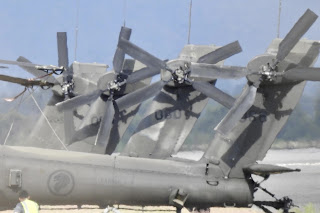 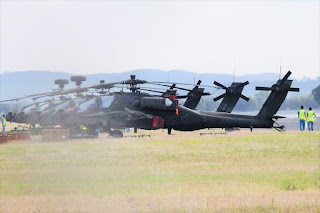 The four Apaches have been identified as wearing the serial numbers of 059, 060, 066 and 92056. and were photographed by John L (above) as they sat in the morning sun being prepared for flying.
Later, John L and Scott H was able to capture the departure of 060 and 92056 as they flew out together to the Shoalwater Bay Training Area (SWBTA) as "Avon". 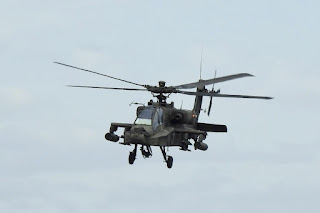 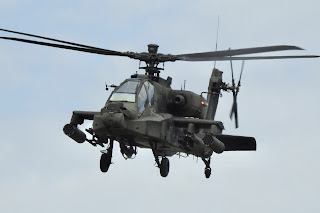 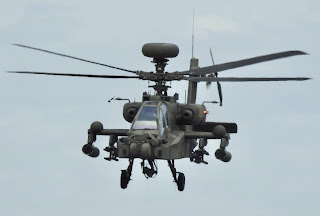 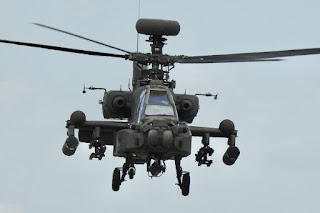 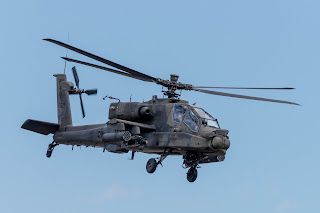 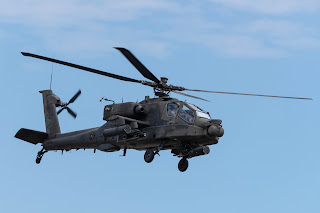 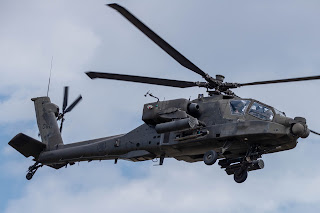 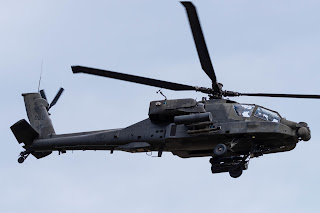 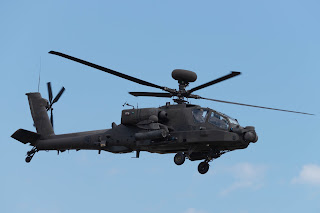 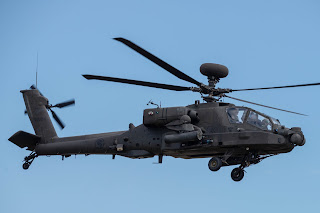 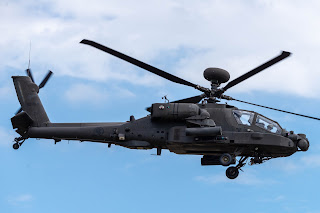 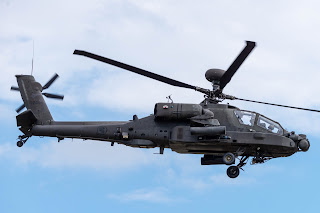 As mentioned, all four Apache helicopters are flown by the RSAF's 120 Squadron "Kestrel" (also known as the "Red Hawks") based at Sembawang Air Base in Singapore.  The Squadron is the first and oldest RSAF operational squadron in service, first formed in 1969.  The squadron goes by the motto of "Strive To Achieve". 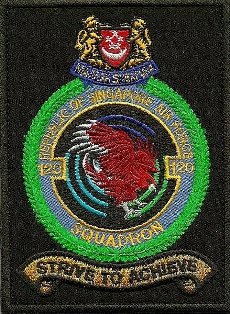 Be sure to stay tuned to the CQ Plane Spotting Blog for all the latest news and updates on Exercise Wallaby via our Facebook page:  https://www.facebook.com/cqplanespotting/

Sincere thanks to local plane spotters John L and Scott H for taking the time to capture and send through these great photos!