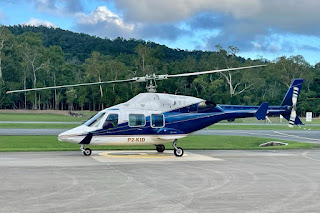 It looked to arrive into Bundaberg Airport from Redcliffe before then flying up to Rockhampton Airport and then the Whitsunday Airport at Shute Harbour where it is pictured above.
UPDATE!  On Tuesday 1 November, P2-KID departed Shute Harbour and flew into Townsville and then ports further North.
P2-KID looked to start its delivery flight from Devonport in Tasmania over the weekend.  It seems that the recently re-registered Bell 222 helicopter was previously on the Australian Aircraft Register as VH-OSU and was operated in Tassie.
Of interest, Manolos Aviation (PNG) was established in 2008, and operates helicopter charter services in PNG.  The company has also partnered with provincial governments in PNG to provide much needed medical evacuation services to remote areas. 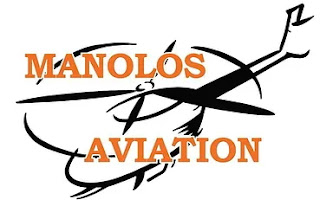