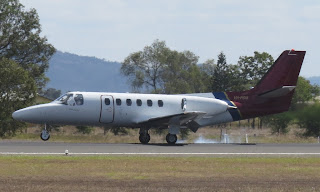 VH-PSM touched down from Baryulgil in New South Wales and Melbourne (Essendon).  After about an hour on the ground, VH-PSM departed to Archerfield and later Baryulgil. 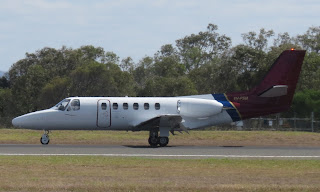 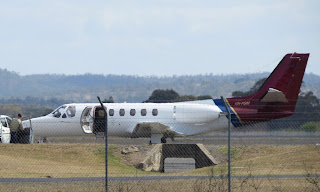 While at Rockhampton, VH-PSM was parked on the Northern end of the Airport apron.  'IAD' also spotted parked nearby Toll Freight (Toll Express) Metro 23F VH-HPE. 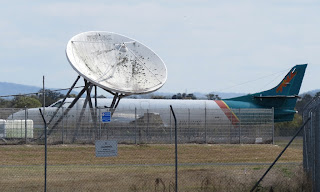 VH-HPE was also photographed by 'IAD' on Wednesday 4 August parked on the Southern end of the Rockhampton Airport apron.  It is believed that VH-HPE has gone unserviceable after operating the TFX162 flight into Rocky from Brisbane earlier on Wednesday. 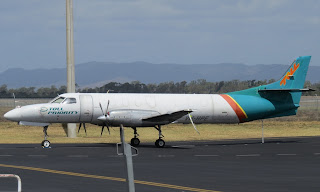 Lastly, while he was there on Thursday 5 August, 'IAD' made a point of capturing an image of Virgin Australia Boeing B737-700 VH-VBZ as it touched down in the beef capital from Brisbane as VOZ1243. 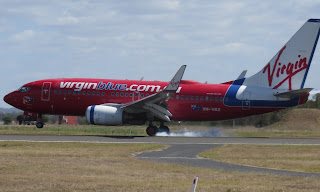 Sadly for plane spotters, VH-VBZ is now only one of two B737-700 aircraft in the Virgin fleet, with VH-VBV departing Australia for good the previous weekend.  Expect a special post about VH-VBV in the coming days!

Thanks to 'IAD' for capturing these great images during a busy week in the office!