Some More Plane Spotting Photos from Gladstone Airport This Week

Local plane spotters Jamie C and Tash C have had another enjoyable week of plane spotting at Gladsotne Airport, highlighted by the visit of the Australian Army marked NH Industries MRH-90 Multi-Role Helicopter A40-012 that has called into Gladstone Airport on Wednesday 11 September. 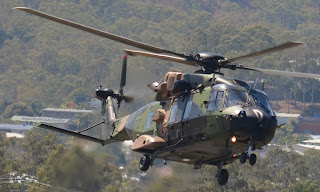 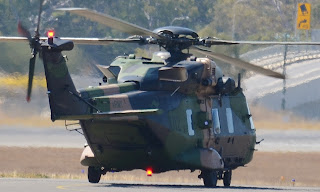 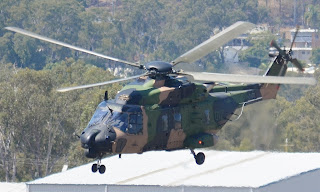 Earlier in the day, the Queensland Police Service (Airwing) Cessna 560 Citation Ultra bizjet VH-PSU called into Gladstone Airport from Brisbane.  It later departed to Mackay from where it also flew into Townsville, Cairns, and Rockhampton in what was another busy day for VH-PSU.

On the commercial front, Jamie captured some lovely images of QantasLink Dash-8-Q400 VH-QOK as it arrived into Gladstone as QLK2301 from Rockhampton. 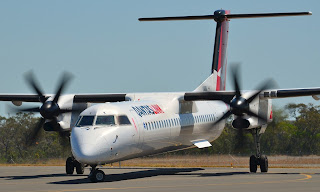 He also captured some stunning images of QantasLink (Cobham Aviation) Boeing B717-200 VH-NXH and Virgin Australia Regional Airlines ATR 72-600 VH-FVY as they departed in-turn for Brisbane later in the day. 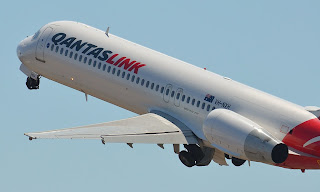 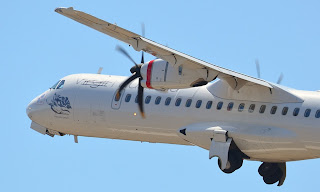 Much later on Wednesday 11 September – after the sun went down – Alliance Airlines Fokker F-100 VH-XWR was captured touching down from Brisbane as UTY664.  VH-XWR – believed to be operating a fly-in fly-out (FIFO) charter – stayed for the night and departed early on Thursday 12 September.

Meanwhile on Tuesday 10 September, QantasLink Dash-8-Q400 VH-QOA – aptly named “Gladstone” – departed as QLK6713.  Jamie reports that VH-QOA had been parked on the ground at Gladstone for some days, and it is believed that the aircraft had maintenance issues. 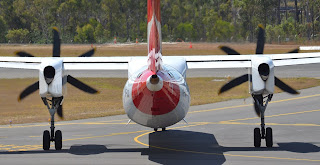 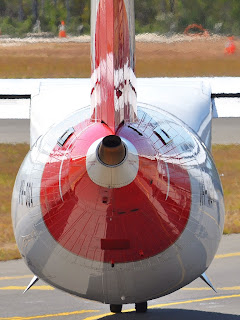 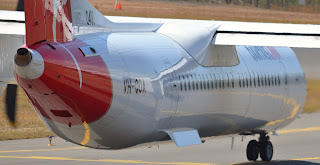 As VH-QOA prepared for depature, QantasLink (Cobham Aviation) Boeing B717-200 VH-NXR was also captured arriving into Gladstone as QJE1708. 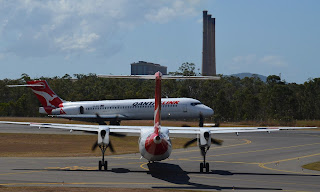 Sincere thanks to Jamie and Tash for sending through these, and the other awesome images, that have been featured this week from a fantastic week of plane spotting at Gladstone Airport!