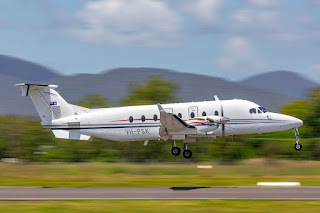 Local photographer Russell P has yet again kindly shared with us some stunning photos this time as VH-PSK visited Rockhampton Airport one recent Monday. 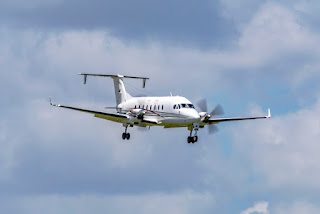 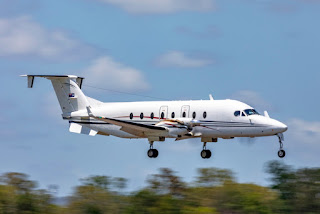 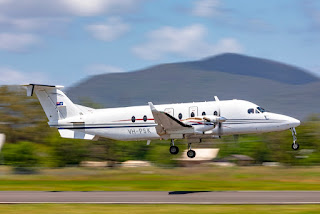 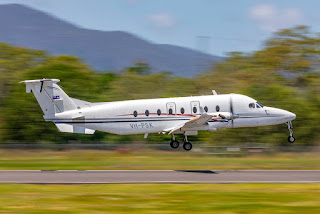 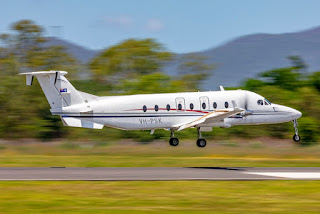 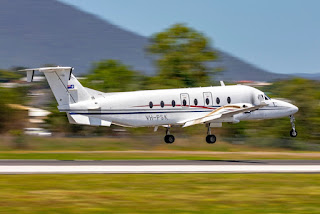 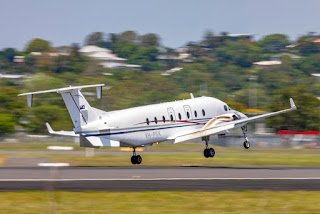 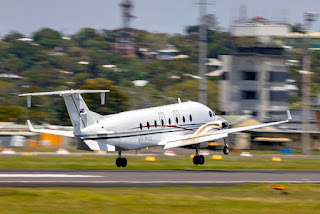 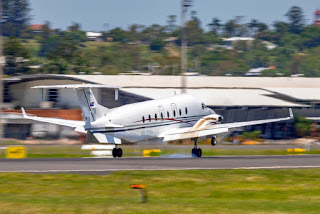 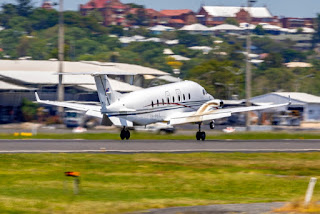 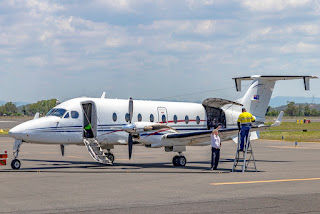 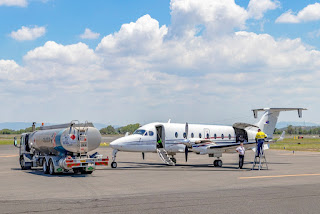 Of interest, VH-PSK was delivered to the Queensland Police Service in 2005 after the (now) almost  20-year-old Raytheon 1900D (CN: UE-311) spent time operating in France.


After rolling off the production line, the 1900D was spotted at Farnborough (England) (below) in 1998 wearing the registration marking N10984 and wearing the titles and livery of Proteus Airlines (France).


It was then delivered to French operator Occitania Jet Fleet and operated with the French registration marking of F-GRCD until 2003.


The 1900D was then delivered to the Queensland Police Service via Brisbane.  It has since been re-painted into the livery above during the latter part of 2015.