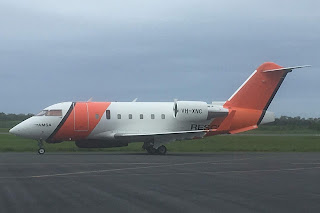 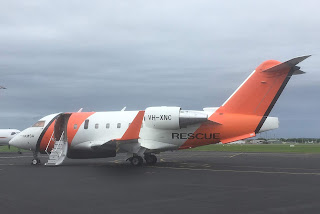 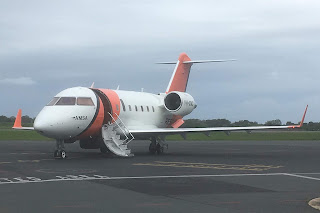 It looked to call into Mackay Airport at the completion of a flight from Cairns which lasted more than two hours and took the Challenger over an inland track.  VH-XNC appeared to be using its registration as its radio callsign rather than the usual "Rescue" callsign.

After around an hour on the ground, VH-XNC returned directly to Cairns.

VH-XNC appeared to ferry into Cairns last weekend from Melbourne (Essendon) via Perth and is now based at Cairns to replace fellow Challenger VH-XNE which ferried to Essendon at the start of the week presumably for maintenance.  The other two Challengers - VH-XND and VH-XNF - appear to be based at Essendon as "Rescue 660" and Perth as "Rescue 440" respectively.