On Friday 6 November, no less than four Royal Australian Air Force (RAAF) Boeing B737-7ES / E-7A Wedgetail Airborne Early Warning & Control (AEW&C) aircraft were noted completing airwork and missed approaches at various Central Queensland Airports.
A30-001 as "Wedgetail 22" flew up from RAAF Base Williamtown to the Gold Coast then Rockhampton Airport where it was photographed below. 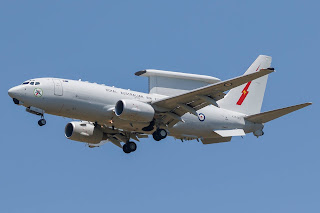 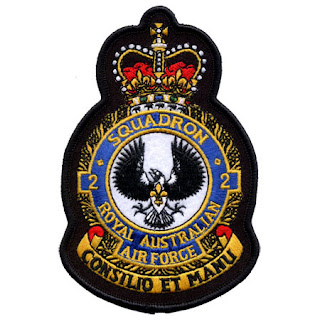 Finally, also on Friday 6 November, RAAF Boeing C-17A Globemaster III transport aircraft A41-206 as "Stallion 44" flew up from RAAF Base Amberly to Rockhampton Airport where it was spotted completing a missed approach. 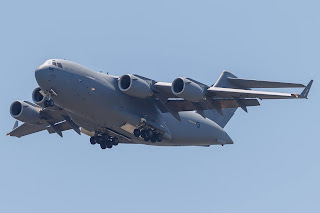 It then returned to Amberly and did more circuits before eventually landing.
All photos taken by Steve Vit  ©️
Posted by Damian F at 8:08 PM