On Tuesday 17 November, several bushfire fighting aircraft and helicopters were photographed operating out of Bundaberg Airport and flying to nearby Fraser Island where a fire that has been burning for around a month continues on the World Heritage Listed Island.
Queensland's own heavy water bombing aircraft, the Canadian-based Conair Aerial Firefighting Dash-8-Q400MR C-FFQE completed several flights across to Fraser Island and back to Bundaberg Airport as "Bomber 141". 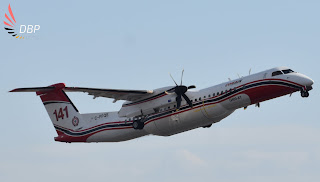 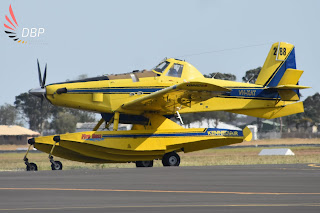 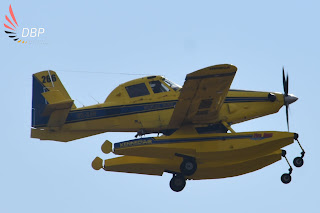 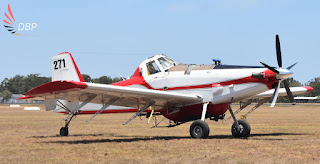 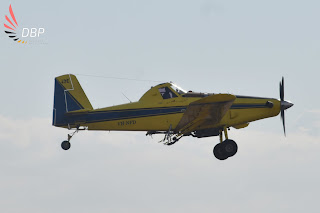