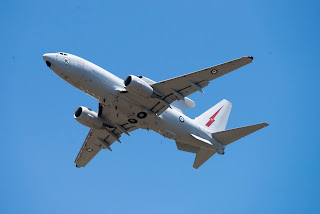 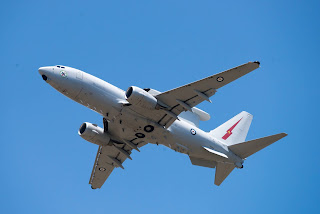 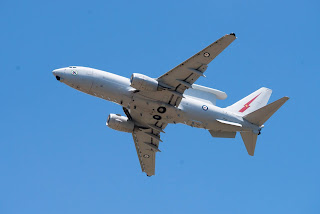 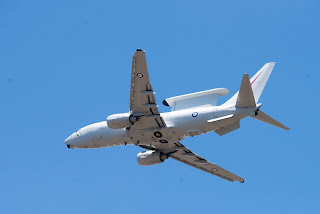 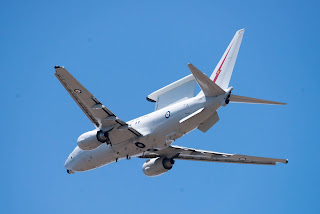 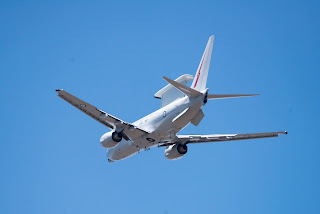 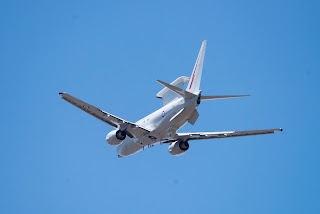 It appears that the Wedgetail flew up from RAAF Base Williamtown at Newcastle direct to Rockhampton. After completing the airwork, A30-003 departed Rockhampton Airport to RAAF Base Amberley where it completed another missed approach.  It then returned back directly to Williamtown.
Of interest, A30-003 was heard to be using the radio callsign of "Wedgetail 07".
Sincere thanks to local plane spotter Scott H for allowing us to share these great photos!
All photos taken by Scott Harris  ©
Posted by Damian F at 8:45 PM