On Thursday 26 August, Alliance Airlines Embraer E-190 regional jet VH-UYN was photographed as it completed its first ever flight for the airline and also first ever visit to Central Queensland, calling into Rockhampton Airport as UTY9828 from Brisbane. 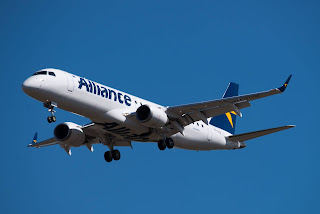 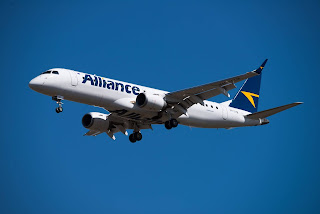 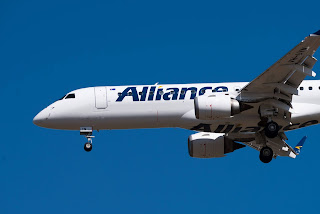 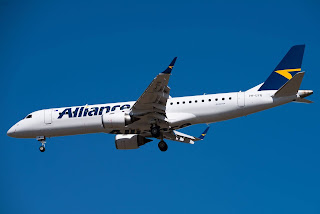 The Embraer looked to bring several officials and politicians to announce the construction of their planned maintenance facility which will soon start construction at the Southern part of Rockhampton Airport.
Later in the day, VH-UYN departed Rockhampton Airport and returned to Brisbane but as UTY9829.
Of interest, VH-UYN is ex-N995QQ with the former Copa Airlines E-190 being delivered to Alliance Airlines in Brisbane in late July 2021.
Currently, Alliance Airlines has taken delivery of 11 Embraer E-190 regional jets out of a total order of 32 - the additional two are ex-Helvetic Airways aircraft which have also been delivered in recent months.
Alliance Airlines has placed the majority of its E-190 regional jets in a lease arrangement with them operating for QantasLink on their Central Australia routes.
Meanwhile, one other E-190, VH-UYC, operates in an all white colour scheme for Darwin-based airline Airnorth.
Awesome!
Photos taken by Scott Harris, Lloyd Fox and Tony Haynes  ©
Posted by Damian F at 8:05 PM