On Monday 30 August, LifeFlight (Aeromed) LearJet 45 bizjet VH-VVI was noted visiting some Central Queensland Airports while out on what appeared to be a training flight out of Brisbane. 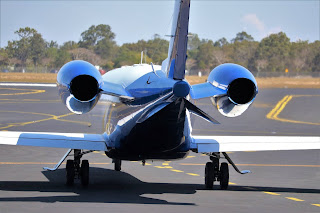 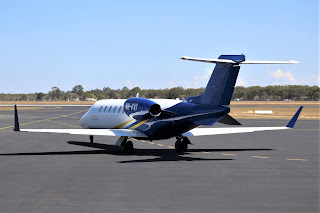 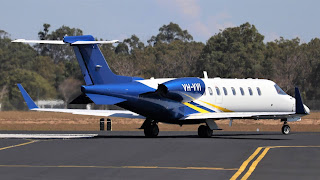 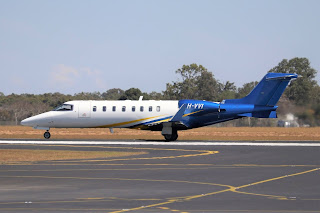 It initially flew up from the capital to Bundaberg Airport where it completed airwork before it landed for a short time.  VH-VVI was spotted then as it departed to Gladstone Airport where in again landed for a short time.
VH-VVI then departed Gladstone Airport for Emerald Airport where it completed yet more airwork.  It then flew up to land at Townsville.
VH-VVI then flew out to Hughenden and back to Townsville to round out a busy day of flying.
UPDATE!  On Tuesday 31 August, VH-VVI as "Ambulance 451" looked to complete possibly another training flight as far out as Mount Isa but also visiting Longreach Airport.
UPDATE!  On Wednesday 1 September, VH-VVI completed yet another training flight out of Townsville to Proserpine (Whitsunday Coast) and Mackay Airports and then back to Townsville via Prosie.
Sincere thanks to local plane spotter Peter S for taking the time to capture and send through these great photos!
All photos taken by Peter Sajko  ©
Posted by Damian F at 9:21 PM